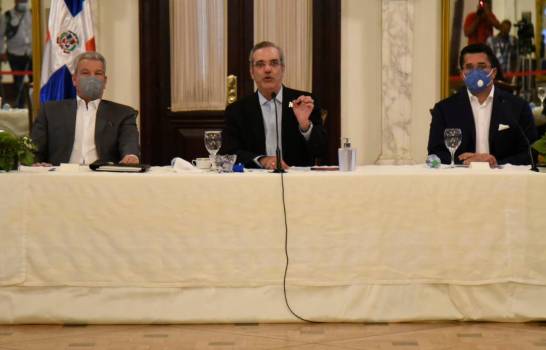 The President of the Republic, Luis Abinader, called on all hotel chains to reopen their doors as of October 1 in order to begin the process of recovery of the national tourism sector.

Due to the unprecedented decline experienced by the chimneyless industry in the Dominican Republic, Abinader stressed that if tourism recovers “we will have recovered the Dominican economy.”

He described that the Civil Aviation Board managed to ensure that both airlines and airports maintain updated flight protocols and that the accompaniment and advice are executed from the Ministry of Labor that will facilitate reaching agreements between employees and employers to adjust the working day to this new reality.

“Before all this effort made by the national, public, and private tourism sector, I call on hotel chains to open their doors as of October 1 next,” he said.

He reiterated that “the effective management of this crisis will be our letter of introduction to continue attracting traditional and potential tourist issuers, as well as assets and new investors.”

In the press conference headed by him, the Minister of Tourism, David Collado, Foreign Minister Roberto Álvarez, the Minister of Defense, Carlos Luciano Díaz Morfa, the Minister of Health, Plutarco Arias, other government officials, and members of the National Association of Hotels, and Restaurants (Asonahores).

The Minister of Tourism said that there is a well-planned protocol to ensure the safety of both tourists and Dominicans.