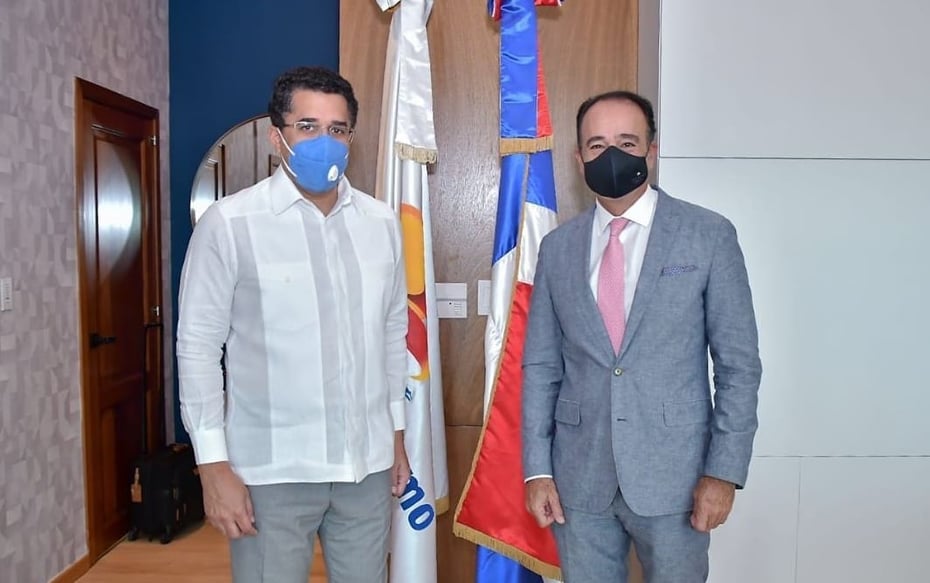 The Executive President of Apple Leisure Group (ALG), Alex Zozaya, paid a visit to the Minister of Tourism, David Collado, on Tuesday to plan the winter season and analyze initiatives to attract more tourists to the Dominican Republic.

At the meeting, held at the headquarters of the Ministry of Tourism ( Mitur ), Zozaya ratified that the protocols and measures established by the current government are superior to those implemented throughout the region.

The information of the meeting was made known by Collado through his Instagram account with the following text: “We received Alex Zozaya, Executive President of Apple Leisure Group (ALG), responsible for bringing more than a million tourists to the country from American origin, whom we visited in Philadelphia a few months ago, to plan the winter season and analyze initiatives to attract more tourists to our country. During his visit, Alex confirmed to us that the protocols and measures established by this government are superior to those implemented in the entire region ”.

In the program to relaunch Dominican tourism, Collado has been holding a series of meetings with the leading players in the sector, including Zozaya, where they have already had talks about closing a negotiation, together with other tour operators, to guarantee December 9,000 additional seats that will be covered 50% by Mitur and 50% by the private sector.

After taking office, the first working trip of the Minister of Tourism was with the important manager of ALG in Philadelphia to have deference with the largest tourist group in the United States since they send more than a million tourists to the Dominican Republic.