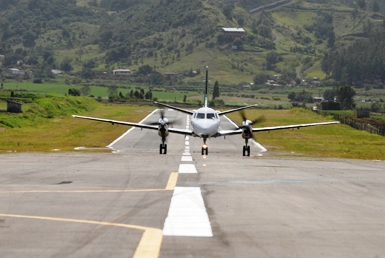 Santo Domingo.- The Dominican Gov. spent more than RD$183.6 million in the construction and relaunch of six domestic air terminals and has promoted them abroad for aviation tourism.

But air operations in those facilities are minimal due to the visitor’s preference to use the highways built in the last decade, the vicinity of international airports, the bureaucracy and the lack of fuel for planes in several of those infrastructures.

“Gone are the days when the pilot and flight instructor Pedro Luis Aguasanta saw a dynamism of passengers at the Arroyo Barril and El Portillo aerodromes, both in Samaná,” Diario Libre reports.

Tourists were transferred from those facilities to see the humpback whales in the bay and other attractions in the eastern area. But that airflow is already limited and select.

“There were many businesses to attract tourists, restaurants, activity areas, sales areas, and at that time, as the highways were not so enabled, there was a lot of local aviation flow, with tourists as well as non-tourists,” Aguasanta said.