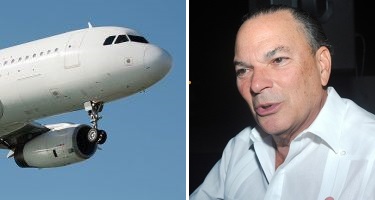 Frank Rainieri, president of the Puntacana Group, said that the international airport in the Eastern Zone has 92 flights scheduled for next November, while hotel reservations “are gradually increasing.”

In the week of October 12-18, the number of flights programmed is 67, while in the previous week these air operations amounted to 51, a “considerable increase,” according to data provided by the terminal.

Rainieri affirmed that the tourism sector is experiencing “a recovery process” that is accompanied by a significant decrease in the incidence of coronavirus in tourist areas.

The rates of infection and deaths in tourist areas “are very low,” the communities are collaborating to prevent the spread of the disease and there is the presence of the Civil Defense, said the businessman.

“In the Punta Cana airport we have done 4,300 tests and only one case has been detected. I believe that those who are going to travel know what their condition is and random tests are done at the terminals. In the hotels, we are enforcing the protocols and everyone is involved in that,” he said.

In that sense, he suggested reviewing the figures. “Three months ago we had 20 and 30 deaths every day, how many do we have now? It is not that it is totally controlled but it is moderate and manageable,” he said.

But, “if we want to recover our economy we all have to maintain proper social distance, we have to maintain hygiene, if we do that we will be able to bring tourism back to our country, but it has to be an effort of all Dominicans, not just the authorities,” said the tourism entrepreneur after participating in the signing of an agreement between the Dominican Republic and the United States.