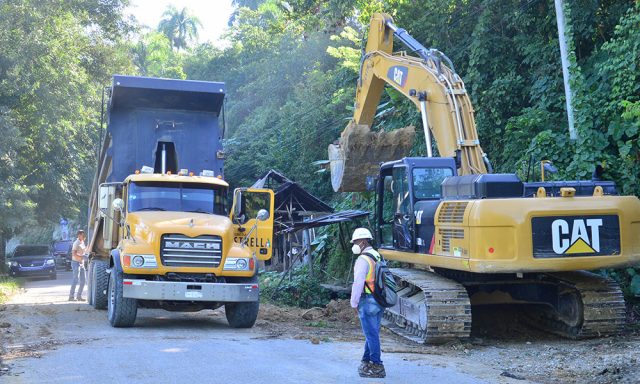 It is in a stage of more than 90 percent reconstruction.

The reconstruction and asphalting works of the Gregorio Luperón tourist road, which will connect Santiago with Puerto Plata, were resumed.

This road has been undergoing an intervention process for several years due to the constant collapse caused by sinking and landslides.

Although the asphalting has yet to be completed at some points, the biggest problem is the stretch of road that connects the town of the municipal district of Yásica, which belongs to Puerto Plata.

The tourist road is in a more than 90% reconstruction stage and is one of the most demanded works by the business sectors and the communities located along its route.

Due to the amount of dust, the owners of homes and commercial establishments opted to put a temporary road down, but it was demolished when work on the main project was resumed. In total, there are 60 kilometers from the province of Santiago to Puerto Plata.

Several sectors had asked President Luis Abinader to resume the work to have another alternative route for those who want to travel to the beaches and hotel projects in Sosua and Cabarete.

“I hope that once again, the work will not be delayed. We have fought for many years to have a passable road, and that can resume the momentum of trade and that the farmers are accommodated to get their products more easily,” said Santos Montilla, a resident of the area, according to El Caribe.

With the reconstruction, 30 communities in the Northern Cordillera will benefit.