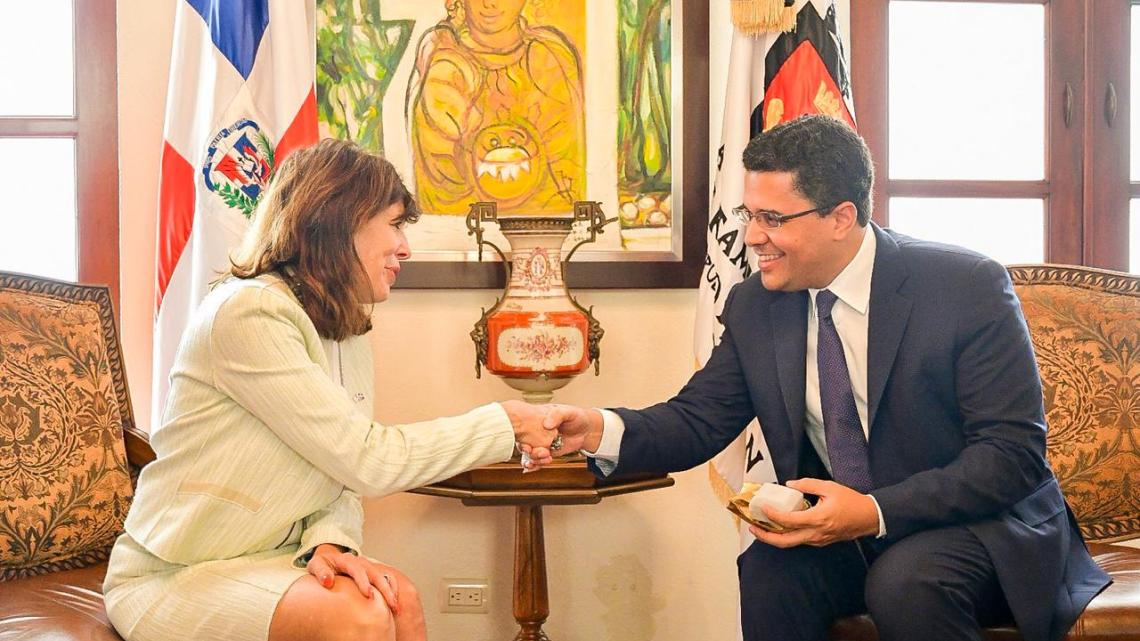 The Dominican Minister of Tourism, David Collado, the ambassador of the United States, Robin Bernstein, and the consul general of that nation, yesterday reviewed the situation of tourism and the country’s efforts to guarantee visitors’ safety.

During a meeting, which lasted for more than half an hour, in the official’s office, Ambassador Bernstein and the United States Consul General, William Swaney, spoke with Minister Collado about the health protocols that the Dominican Republic has implemented to guarantee the well-being of visitors and employees of tourist centers.

The North American diplomat described it as a “productive conversation” that she had with the Minister of Tourism and assured that her government would continue to collaborate with the Dominican Republic in the tourism area.

“For the United States, our top priority is the safety and well-being of American citizens. We had a wonderful and productive conversation about how we can guarantee their safety while they visit the Dominican Republic,” said the US diplomat.