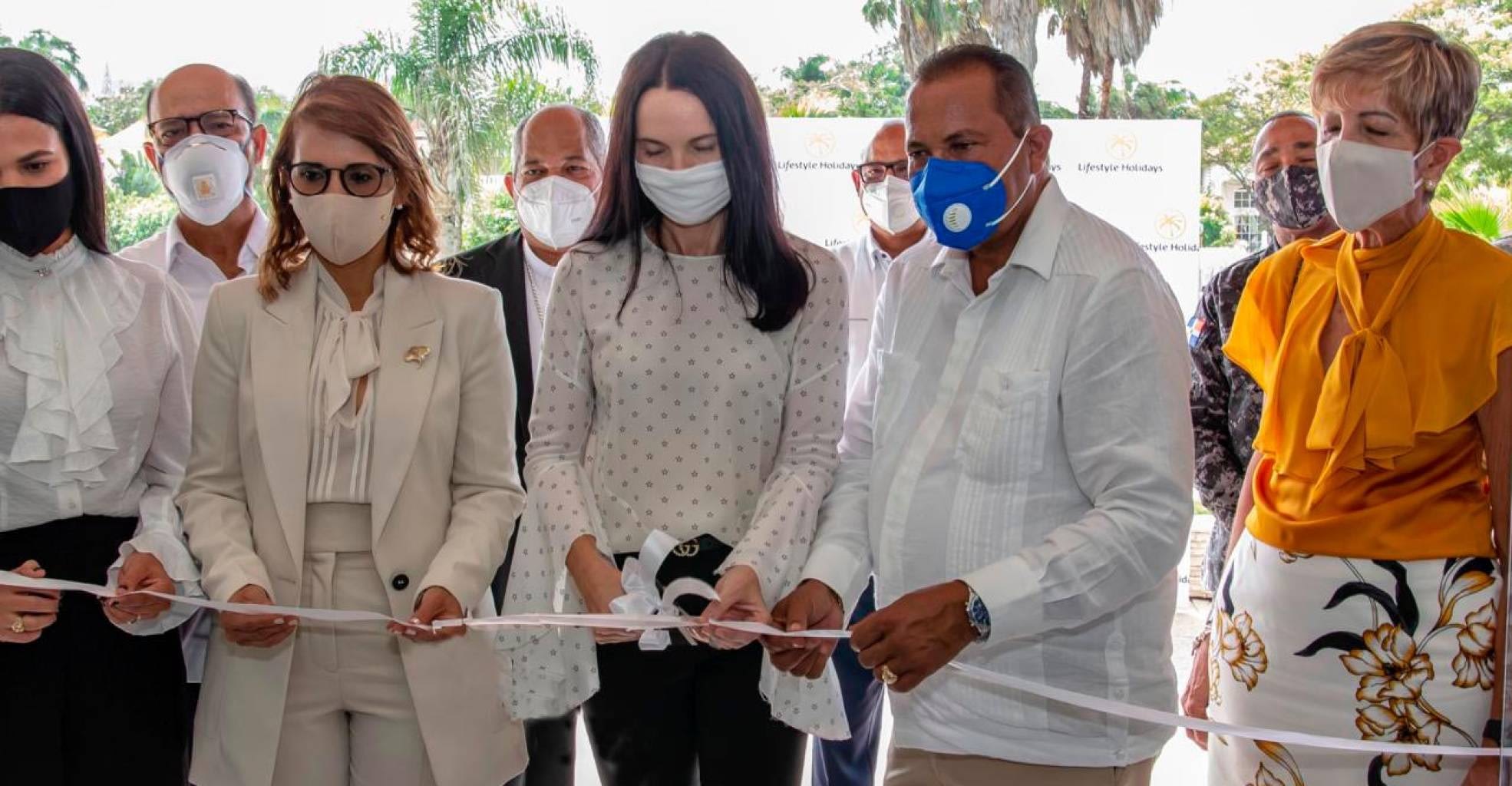 Following the protocols established by the authorities, Lifestyle Group restarted its operations with the reopening of its hotel complex located in Cofresí, Puerto Plata.

The hotel group, the largest in the northern area, is reactivating more than 1,800 jobs, which translates into a positive impact for its employees and stimulates the place’s economy.

The main Lifestyle executives officially opened more than 1,180 rooms in a ceremony led by the Group’s Vice President, Anja Wischenbart and attended by the Governor of Puerto Plata, Claritza Rochtte de Senior, the Mayor of San Felipe, Diómedes -Roquelito- García Núñez, and the Provincial Director of Tourism, Stephanie Kfouri, among other government authorities and business representatives.

The hotel complex has adopted all the health protocols required by the country’s authorities and international organizations, including performing PCR tests on its servers to rule out any contagion of Covid-19.

In that sense, Lifestyle Group thanked the Ministry of Public Health’s support to carry out PCR tests through Dr. Claudio Brito and Dr. Jhonny Tavarez, vice minister and provincial director of that portfolio, respectively.

“The time has come to meet again, to share and provide, as is our custom, the best service, under strict health protocols,” said the Vice President of the Lifestyle Group, Anja Wischenbart.

“We are fully confident that by taking all the measures in place and working, as we know how to do in Lifestyle, we will overcome this adversity because we are convinced that, with the recovery of tourism, the country’s economy will recover,” said in a message the Group’s president, Markus Wischenbart.