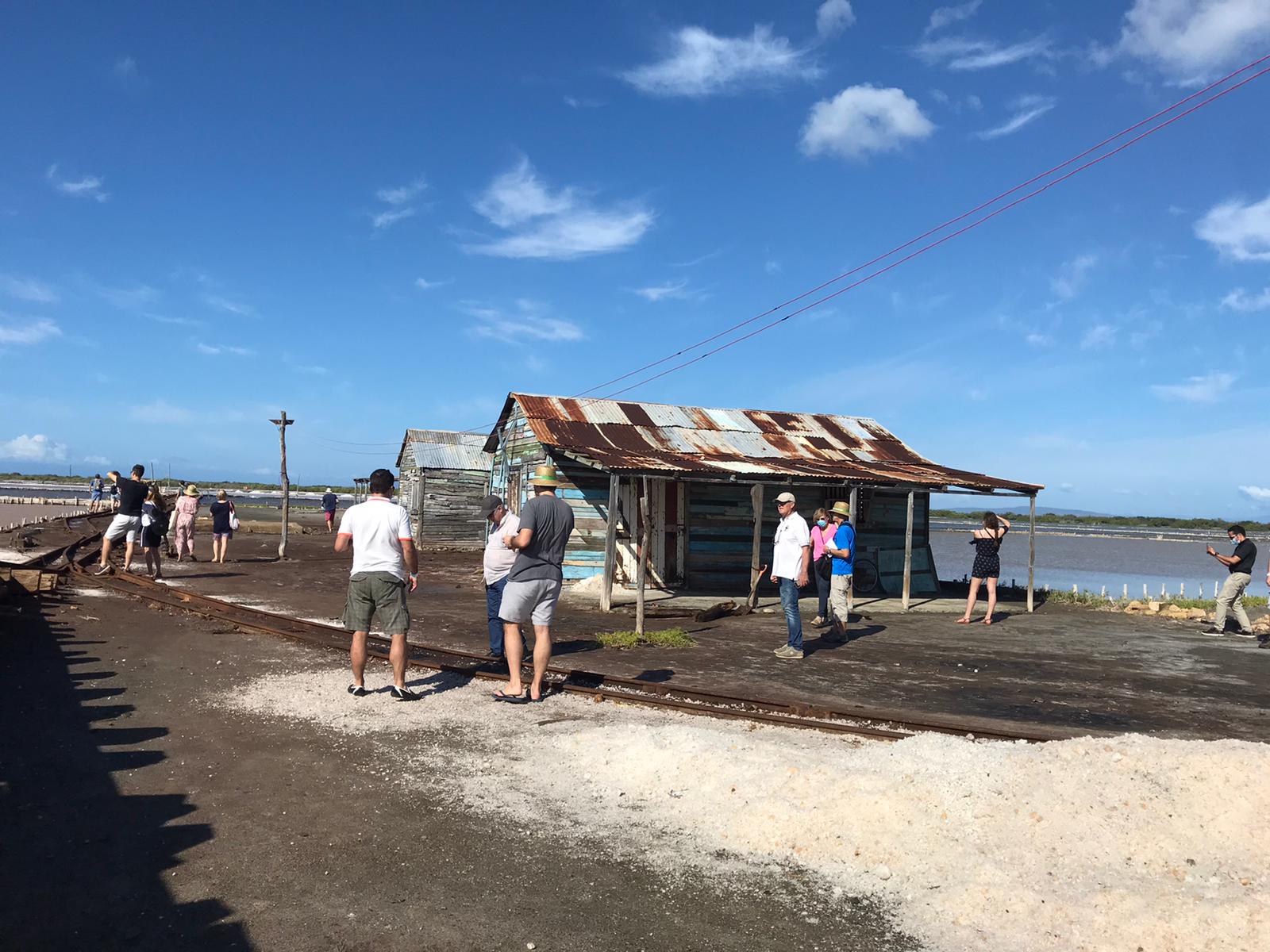 French journalists who concluded their five-day visit to the country were amazed by the Dominican’s friendly, spontaneous and cheerful manner in the tours conducted through the northern part of Greater Santo Domingo, the towns of the Cibao, the South, and the exclusive tourist region of the East.

The 55 members of the Association of Journalists of France (AJT), who also arrived in the Dominican Republic for their annual assembly, made their tours divided into three groups, both in their visits to the Colonial City and the sectors of Gualey and Villa Mella, as well as in the excursions to the southern region, the Cibao, and the East, respecting the proper sanitary protocols.

Regarding the tourist potential of the country, the president of the AJT, Dominique de La Tour, expressed praise for the infinite richness of the Dominican destination, of which he was impressed by the beauties of Barahona, Lago Enriquillo, and Altos de Chavón in his first visit to the country in 1999.

He added that his first impression upon coming to this country was that “we were not on an island just to sunbathe, but in a Latin American country in the Caribbean with full rights.”

While Pascal Missou, coordinator in the board of directors of the journalistic union, was impressed by the spontaneity of the citizen of the capital city after visiting with some of his companions one of the popular grocery stores Gualey neighborhood.

In the tours, organized by the Office of Tourist Promotion (OPT) of France directed by Mercedes Castillo, the journalists enjoyed the panoramic view of the northern part of the neighborhoods, the Isabela and Ozama rivers after boarding the Santo Domingo Cable Car.

In their visit to Villa Mella, the French communicators could get into the traditions and history of this town in the northern part, its cultural richness full of religiosity, cults, and patron saint festivities, according to a press release.

They went to the sector of Los Morenos de San Felipe, where they knew part of the magical religious celebrations, like the wake and the cults to the virgin of Los Dolores, in addition to the manifestations of songs and dances that surround this community.

About the tours through popular neighborhoods of the capital, a new way to promote the historical and cultural aspects of Santo Domingo, Castillo said that it has been necessary to bring the tourist closer to our people.

He indicated that even though French tourists love Dominican beaches, this trip has been an excellent opportunity to offer them other alternatives of our cultural and historical richness and our unique gastronomy in the world in the cultural, historical and that they live near the novelties that the first city of the New World has experienced.

He added that it had been the interest of OPT France to show the diversity of our country and demonstrate that even with the pandemic situation, tourism can be done by taking all the place’s provisions and rules.

On their first day of the excursion, they also made a tour of some historical points of the Colonial City, monuments on Las Damas Street, the National Pantheon, the Alcazar de Colon, and Plaza España, as well as the first Cathedral of America and the frequented commercial artery El Conde Street.