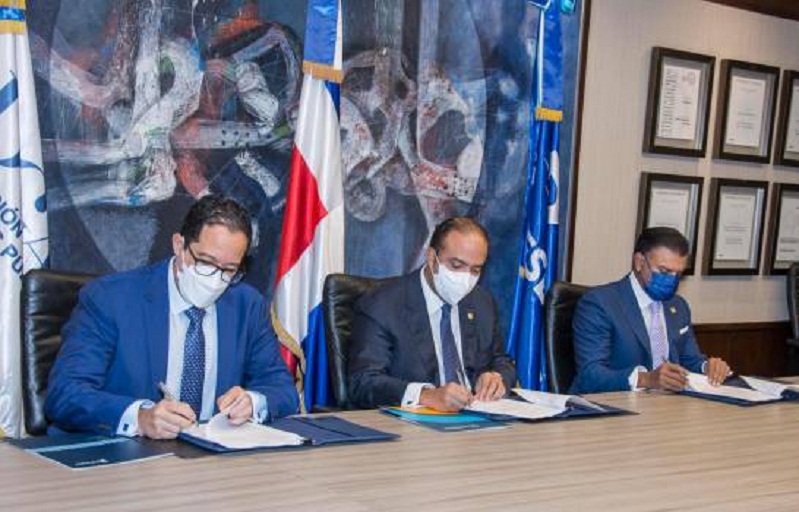 It is also contemplated to build an airport to attract tourism.

Projects will promote job creation in the South region.

Fiduciaria Reservas and the General Directorate of Public-Private Partnerships ( DGAPP ) launched the Pro-Pedernales Trust. This initiative will regulate and promote investments and service infrastructures that show potential to influence that province’s tourist and economic development.

The act of signing the Trust was headed by Samuel Pereyra, general administrator of Banreservas and president of the Board of Fiduciary Reservations; Sigmund Freund, Executive Director of DGAPP; and Andrés Vander Horst, general manager of Fiduciaria Reservas.

“La Familia Reservas puts all its human and technical collaboration at the service of this singular development initiative for its success. Among the most important initiatives that we must put into practice is the construction of an airport and more than 10,000 rooms in hotel complexes,” said Pereyra.

He explained that the joint work seeks to encourage public-private investment, substantially boost the economy of Pedernales, and contribute to creating jobs, the activation of commerce, crafts, and small industry, according to a statement.

Meanwhile, Freund affirmed that “with the signing of the Trust, the necessary legal vehicle is implemented to articulate the draft Public-Private Alliance that will sustain the public initiative for the sustainable tourism development of this province.”

“This signature is a sign of responsibility for the commitments assumed by the Dominican Republic president, Luis Abinader, with the country, especially with this southern province. It is the will and priority of the Dominican State to create a sustainable mechanism that ensures transparent, efficient and financially viable management for the development of the Pedernales area and the promotion of tourism and its related activities in this province ”, he said.

The Pro-Pedernales Trust originated in decree 724-20, of President Luis Abinader. He conceived the Southwest Development Plan, which aims to turn that region into a model destination, with diversified tourism that preserves the environment while impact the regional economy, employment and improve the quality of life of its inhabitants.