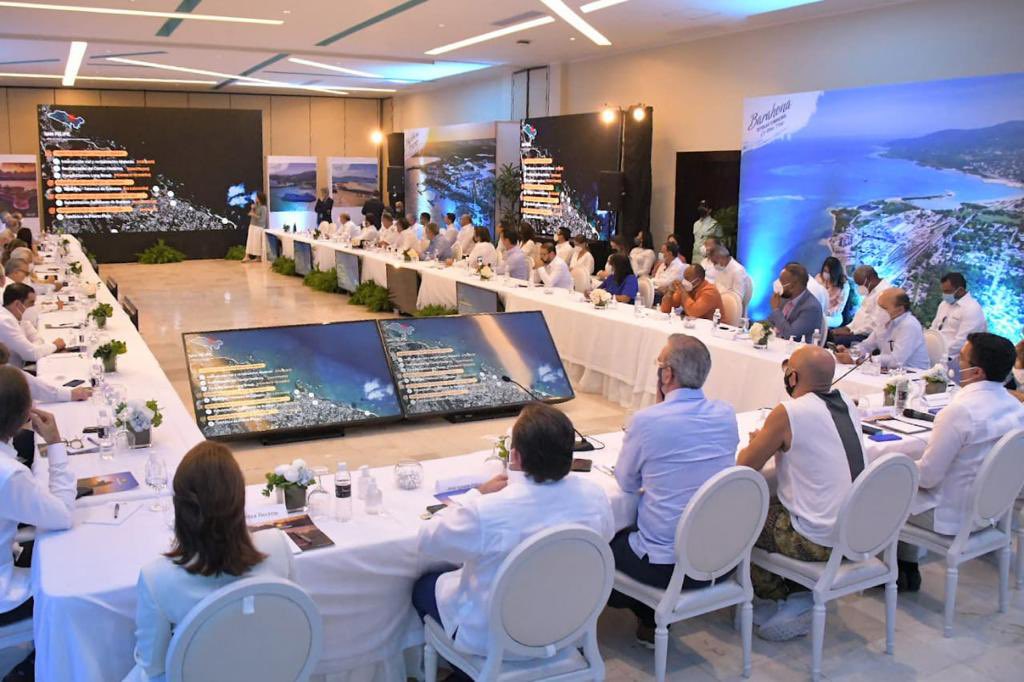 The works will be managed through a trust

Last Thursday, President Luis Abinader led the launch of the Master Plan for Tourism and Economic Development of the tourist areas in the north of the country, including the development of more than 40 investment projects.

Abinader announced that there are investment offers for the projects from foreign companies and international organizations.

He said that the works are offered to be operated and managed through a trust to guarantee that the resources are diverted to their assigned purposes.

The governor also announced the creation of the Nautical Tourism Directorate, which has the task of presenting him with an action plan for the provinces of Puerto Plata and Samaná.

He revealed that another project contemplated is the Ruta de Colón, a historical corridor that includes Santiago, Puerto Plata, and Valverde’s provinces.

“It will be a corridor similar to the one in Spain, ‘known as the Santiago Corridor,” said Abinader.

In a ceremony held in Playa Dorada, the president, together with the Minister of Tourism, David Collado, presented the plan, whose scope and profiles were explained by the architect Shanny Peña, director of Tourism Planning and Projects.

Peña stated that the plan includes developing a tourist corridor in the North Zone of the country, real estate projects, theme and ecological parks, underwater diving, and a 250-kilometer coastal sea route between Punta Rucia and Río San Juan.

He indicated that the Plan includes investments in new tourism projects in Puerto Plata, Sosúa, Cabarete, Maimón, Luperón, and Imbert.

While Collado reported that the initiatives are necessary because tourism contributes 15% of the national economy’s resources.

He said that due to the Covid-19 pandemic, the country has stopped receiving more than 3 billion dollars.