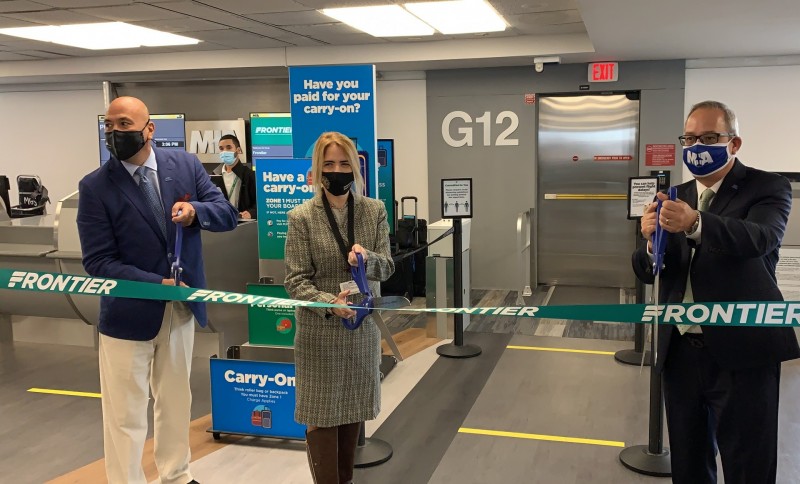 FROM MARCH 8, WITH NON-STOP FLIGHTS ON MONDAYS AND FRIDAYS.

It will also have a new service to St Thomas in the Virgin Islands.

The event began with welcoming remarks by the CEO of Miami International Airport, Lester Sola, followed by Frontier executives’ words, who praised the beauties and attractions of the Punta Cana destination.

In this regard, the director of the Dominican Republic’s Tourism Promotion Office (OPT) in Miami, Wendy Justo, thanked the airline on behalf of the Minister of Tourism, David Collado, for the destination’s confidence the support of all flights to the DR.

The OPT director concluded the ceremony by cutting the inaugural ribbon while inviting all those present to board the flight to Punta Cana and reminded them that “The Dominican Republic Has It All.”

It is recalled that the airline has just announced another new launch in the Caribbean from Miami, with a new service to St Thomas in the U.S. Virgin Islands.