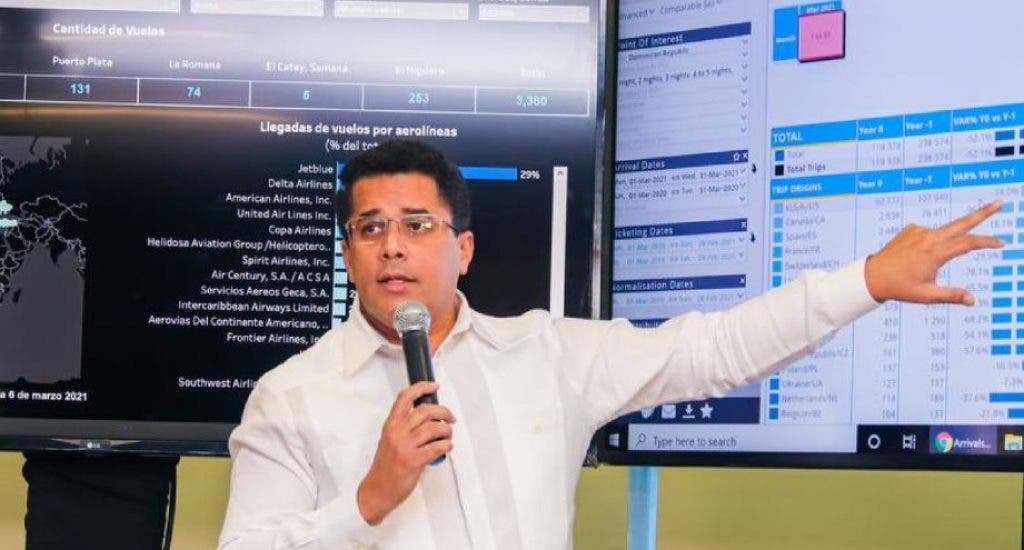 SANTO DOMINGO – The Dominican Republic expects a rebound in tourism in March, with the arrival of between 199,000 and 268,000 foreign travelers during the month, Tourism Minister David Collado announced Wednesday.

These figures represent an increase of between 20% and 60% over last February, a month for which the Central Bank has not announced official figures for traveler arrivals.

In March 2020, the month in which the Dominican Government decreed the closing of borders due to the pandemic, 226,565 foreign travelers arrived. According to official figures, a year before, 446,343 non-Dominican tourists arrived in the country in the same month.

The Ministry of Tourism detailed in a press release that the entry of international flights in the first six days of March 2021 shows a monthly growth of 22% over the record of the early days of the previous month, with a flight occupancy of 52%, higher than that seen in the average of the last 40 days.

The upturn in Dominican flights has been led mainly by tourists coming from U.S. cities.

Room bookings per night are above 2020 records, especially in the Punta Cana area, where these transactions returned to pre-pandemic levels.

The improvement of health indicators in the United States forecasts that the pace of recovery already observed in tourism would be maintained throughout the month, the press release added.

Likewise, the Ministry highlighted that the reopening of hotels continues, so if the current trend continues, it is expected that Dominican hotels will end March with more than 42,000 rooms available, for an availability rate of 67%.