More than 220 thousand tourists expected for this month; improvement in the tourism sector highlighted 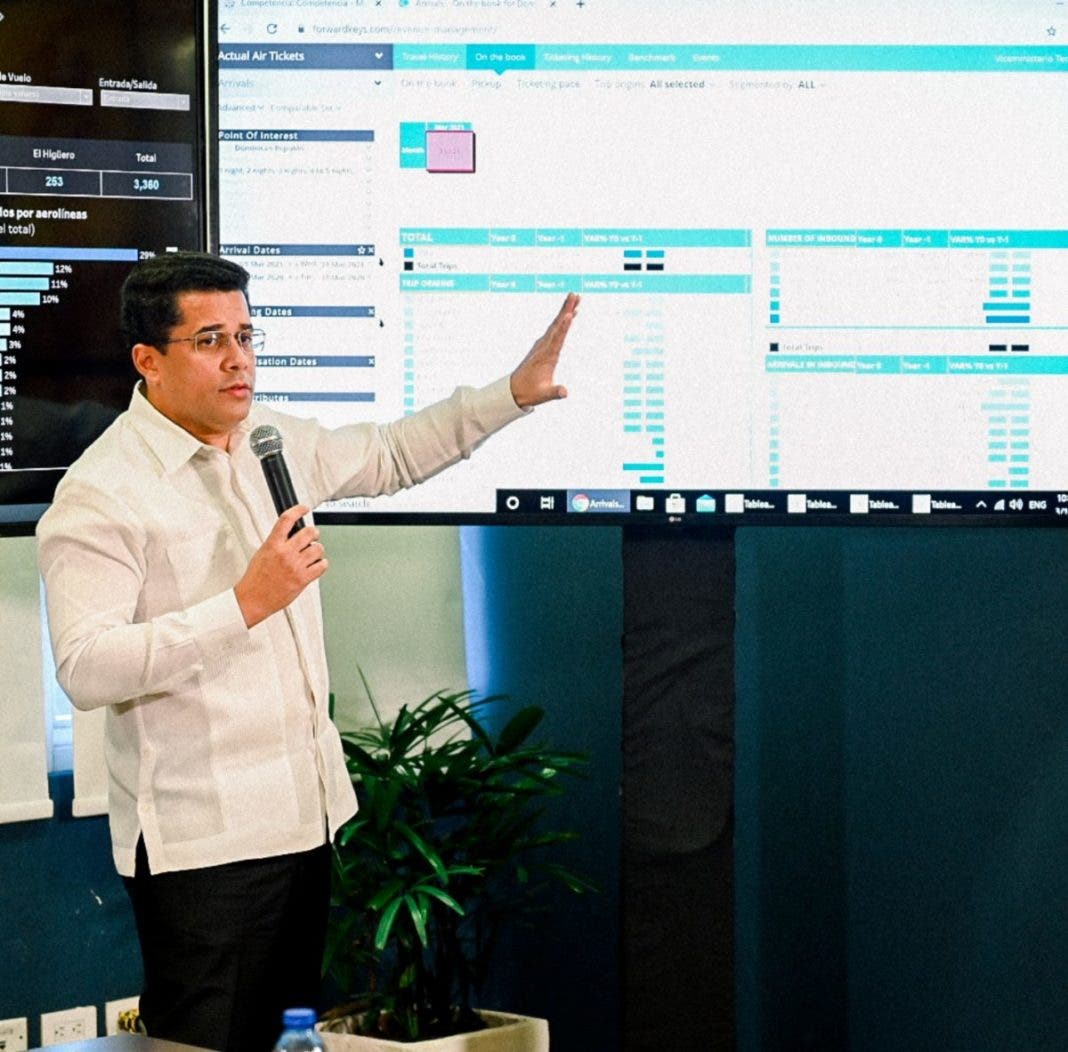 David Collado assures that new strains of coronaviruses do not yet represent a risk for the sector.

More than 220,000 tourists are expected to arrive in the country this month, thanks to the important recovery that the sector has been showing, assured yesterday by the Minister of Tourism, David Collado.

According to Collado, with the number of arrivals of non-resident passengers expected, there would be a 35% growth compared to February.

“In a very favorable scenario and imitating the trend of arrivals of last December, the country would be receiving more than 268 thousand passengers this month, for a monthly variation of 60%. Under the assumptions of a more moderate recovery, the DR would exceed 199 thousand passengers, 19% above the flow of February 2021,” he said.

He said that with the first days of March, there are signs of important signs of recovery, led mainly by Santo Domingo and Punta Cana’s airports, with a monthly growth of over 30% and more than 49,000 arrivals of non-resident foreigners.

International flight arrivals for the first six days of March of this year show monthly growth of 22% over the record of the first days of the previous month, with a flight occupancy rate of 52%, higher than the average of the last 40 days. The upturn in Dominican flights has been led mainly by tourists coming from U.S. cities, it notes.

The ministry pointed out that the improvement of health indicators in the United States augurs that the pace of recovery already observed in tourism would be maintained throughout March. With the beginning of the vaccination process, new contagions decreased.

Bookings. Regarding room reservations per night, Collado said that these are located above the records of 2020, especially in the Punta Cana area. “In the last week of March, more than 20,000 hotel rooms will be occupied,” he said.

New covid strain. When asked about new strains of covid-19, the Minister of Tourism said that the new variants of the virus circulating in the country do not represent any risk for that tourism sector at the moment.

“We have full confidence in what the government is doing in terms of health. Positivity in airports is less than 1%, positivity in hotels is below 1% as well,” he said.

He assured that the credibility and confidence of the country, in terms of health and sanitary safety, is at its best moments and highlighted the management of the vaccination process being carried out by the Government, but that it is the responsibility of the health cabinet to refer to the issue of the new strains.

Fall in February
Collado pointed out that the arrival of tourists to the country was reduced last month, compared to January, due to the decision of the United States to impose a quarantine on its citizens leaving its territory. Last month the country received the visit of 167,309 passengers, a lower number than the 177,600 who arrived in January of the same year, representing a drop of 5.8%.