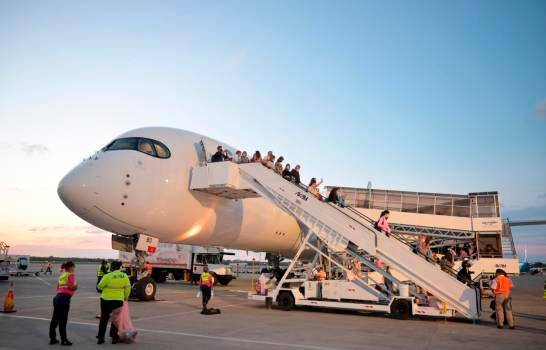 Santo Domingo.- The Spanish airline Evelop, of the Ávoris Corporación Empresarial, plans to increase to five weekly flights on its Madrid-Punta Cana route, starting in the summer, as part of the rise in the demand of travelers from that European nation to the country and thanks to the effectiveness of the health protocols applied in the Dominican tourism sector.

As of June 2021, the new plans also include the opening of three weekly flights from Portugal, two from Lisbon and one from O’Porto, with 400-seat aircraft, “which endorses Ávoris’ firm commitment to the destination,” said Fernando Bravo, commercial director of the company.

Bravo labeled the opening of the new flights as a step to study other alternatives to integrate Santo Domingo and add other provinces to Ávoris plans, “given the potential for domestic tourism and natural resources that the Caribbean country has, aspects that attract Spanish tourists.”