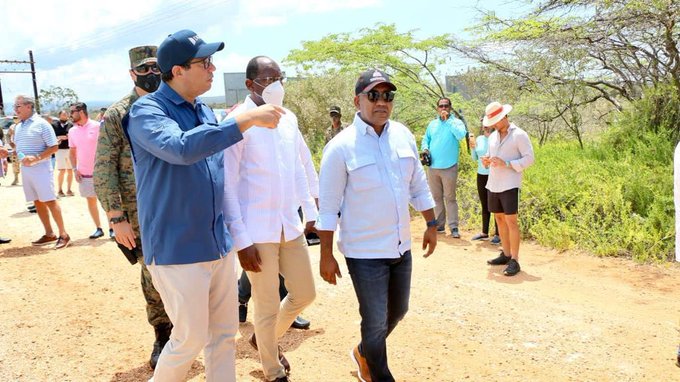 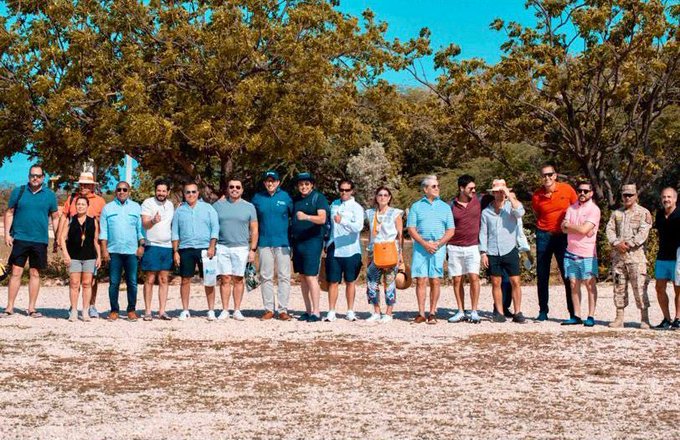 A delegation of Mexican investors are in the country motivated to learn about the sustainable tourism model that will be implemented in  Pedernales; For this reason, they visited the province to learn first-hand the details of the Tourism Development Project that will be being implemented in the area and the investment opportunities it offers under the modality of a public-private partnership.

The businessmen arrived by air at the Cabo Rojo airport. A tour began a visit to the area, where 3,000 hotel rooms, an international airport, and various infrastructure and service works will be built in the first stage.

The Mexican investors flew over the areas where the construction of the hotel infrastructure is estimated, which, in 10 years, will have 10,000 rooms, and made a boat trip to Bahía de las Águilas.

Accompanied by the executive director of the General Directorate of Public-Private Partnerships ( DGAPP ), Sigmund Freund;  Ambassador of Mexico in the Dominican Republic, Carlos Peñafiel;  The executive director of the Airport Department, Víctor Pichardo and other DGAPP officials, the businessmen learned about the potential of the province for the development of a unique and eco-sustainable tourist destination, where the authorities intend to implement a luxury tourism model.

The group of investors was made up of airport infrastructure developers, experts in project management and supervision, entrepreneurs in the energy sector, leaders in the real estate sector, hotel and real estate operators; companies specialized in parking works, shopping centers, hotels, and restaurants—collective accommodation, as well as in the architectural design of luxury resorts. 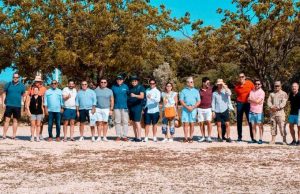 The delegation also included business people dedicated to real estate development, the vacation club industry, and cruise ships, among other essential areas for developing the tourist infrastructure of the Pedernales destination.

All companies have wide recognition in Mexico for their projects in emblematic tourist areas such as Cancun, Rivera Maya; also in the United States and South America.

Freund was pleased with the investors’ visit and indicated that most of them are founders of the tourist destination of Cancun, Mexico, and have significant hotel investments in the DR.

“In addition to the interest that they can show to invest, they are also here to recommend us, advise us on what would be the best way to develop this destination,” he indicated according to Listín Diario.

He stressed that the group becomes the first to visit the area after creating the Pedernales Trust and the structuring of the Development Plan as a PPP project.

He reiterated that this year 2021, will be the beginning of constructing the first infrastructure works in Cabo Rojo.

He added that, as the President of the Republic, Luis Abinader said in his recent visit to Spain, “this is the time to invest,” for which he stressed that Pedernales is destined to become a reference tourist center for the region.

Meanwhile, the ambassador of Mexico, Carlos Peñafiel, stressed that it is the first time he has visited Pedernales and thanked the executive director of the DGAPP while highlighting the spirit among Mexican business people to generate public-private alliances and the confidence they have in the DR.

He highlighted that Mexico had become the second country with the highest flow of foreign investment in the Dominican Republic, surpassing Spanish and Canadian investment. “This speaks of the great empathy, the affection, the great harmony that exists between our peoples and among our investors.”

He reiterated that the Mexican capital has great confidence in the Dominican Government, that there is excellent certainty for investments, and that in Pedernales, the Dominican Republic, they have a “little paradise.”

For his part, the executive director of the Airport Department, Víctor Pichardo, and the project advisers offered investors technical details on the construction site of the international airport that is being contemplated.

“The purpose is to show investors the attractiveness and tourist potential of the area, where the Pedernales Development Project will be implemented, which includes the construction of an international airport,” he said.

The visit of the Mexican businessmen concluded with a tour through the streets of the Pedernalense town, where they talked with local authorities about the potential of the province for tourism.