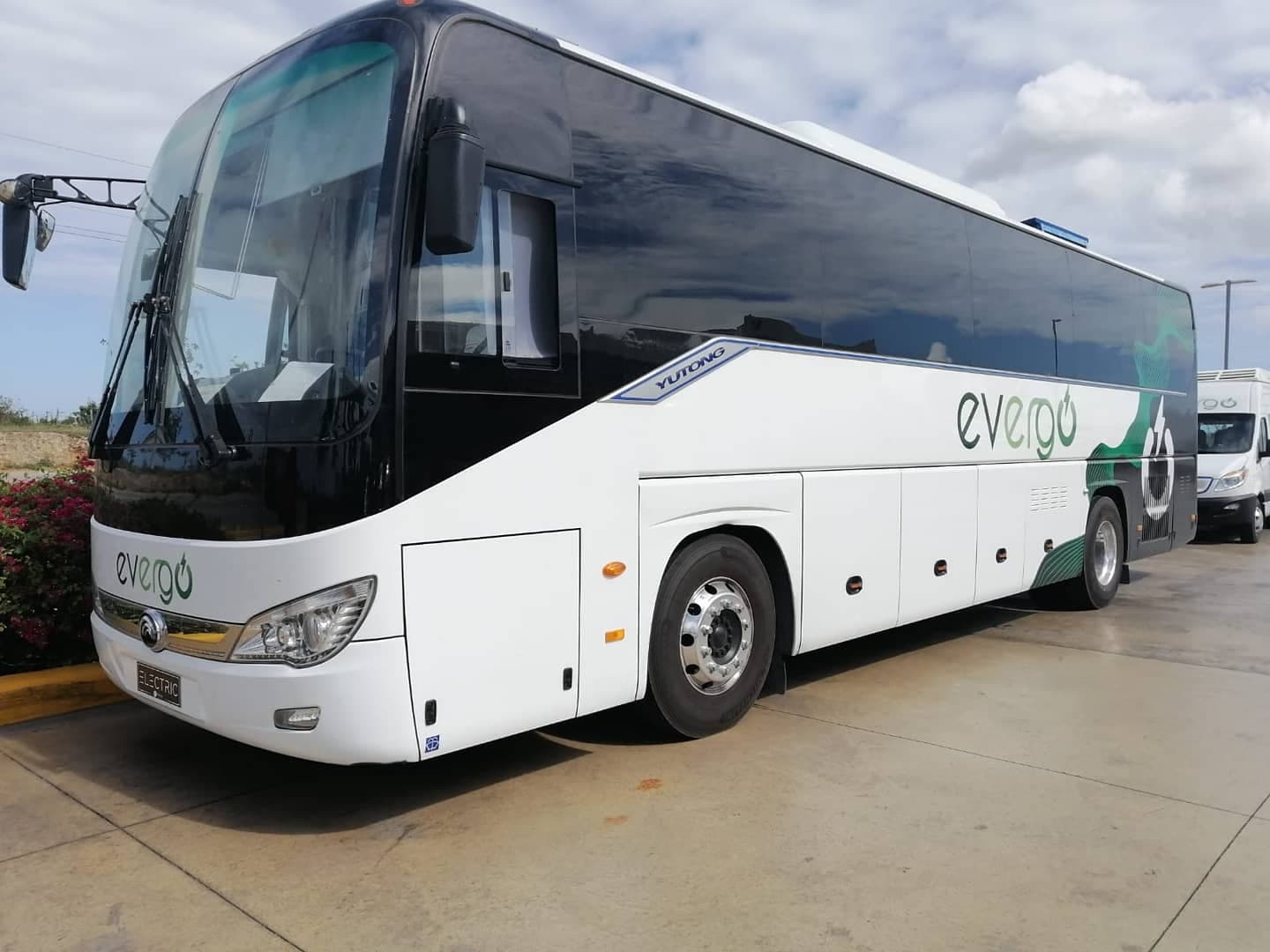 The tourism industry is constantly renewing and updating itself and therefore joins the vanguard of electric mobility to lessen the impact on the environment.

That is why Evergó, Transporte Monumental, and the Centro Energético Punta Cana Macao (CEPM), a few months ago, incorporated a fully electric bus to transport tourists and make excursions to different destinations in the eastern part of the Dominican Republic (Punta Cana).

In this regard, Eduardo Lopéz, general manager of Transporte Monumental, informed arecoa.com, that through the pilot program the entity has available a total of three 100% electric buses of the YUTONG brand, one with capacity for 44 passengers and autonomy of 300KM and two minibuses for 18 people each.

We have as our main purpose to carry out tranfers from the hotels in the Bávaro area to the Punta Cana International Airport, trying to contribute a grain of sand to help the environment, where six “back to back” services are carried out daily,” he said.

He explained that the tour includes Punta Cana, Bávaro, Verón, Uvero Alto, Miches, and the excursion to Saona Island, which is the most requested by visitors to the tourist destination.

“These vehicles have at their disposal the most extensive and sophisticated network of charging stations in the DR, with 24-hour customer service, powered in the Eastern zone by 100% renewable energy, in addition to a 160KW station for electric cars located in Bávaro, which allows full charging in an hour and a half”, he added.

Wellington Reyes, Commercial and Innovation Director for InterEnergy and CEPM said that, “We are pioneers in developing the pilot where we took several electric buses and placed them in a normal operating environment, through the services provided by La Monumental, with a future investment of the project ranging between 12.5 million dollars”.

He stated that our efforts to expand and accelerate the transition from conventional mobility to electric mobility starting in 2018 when there were approximately 50 electric vehicles in the area.

“Today despite the pandemic of Covid-19 exceeds two thousand units, which is a reflection of what we are doing, being pioneers in the country of the new modality, which is gaining strength,” he said.

Reyes added that they currently have 50 electric chargers available for CEPM’s fleet because almost 60% of its fleet is electric.