Azur Air guide return of Russian tourism to the Dominican Republic: requests to operate 110 flights to the country 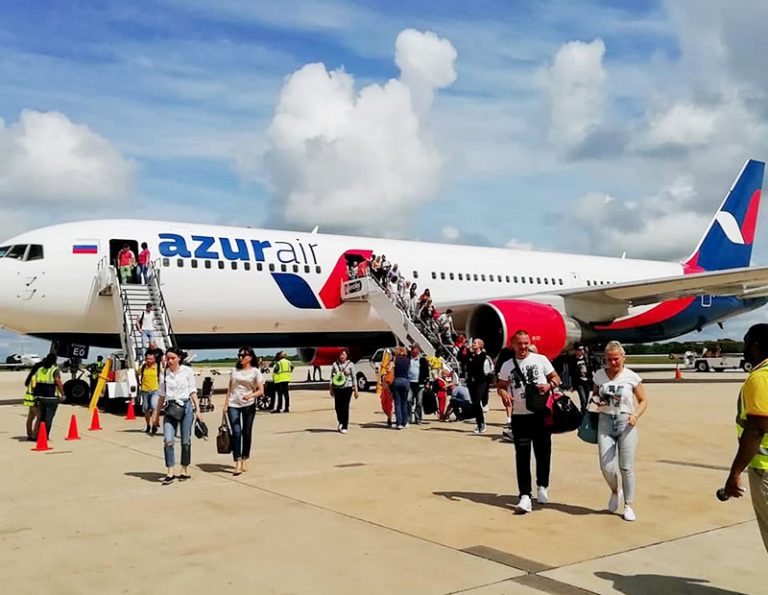 José Marte Piantini, president of the Civil Aviation Board ( JAC ), reported that the Russian air operator Azur Air requested a special permit to operate 110 flights from Russia to the Dominican Republic that would provide some 39,000 seats.

Marte Piantini took advantage of the session to present to the plenary session the first fruits of the working day within the framework of the participation of the delegation of the Civil Aviation Board in the last International Tourism Fair ( Fitur 2021 ), in which they were Iberia and British airlines operations approved to operate the London- Punta Cana-London and Madrid -Punta Cana- Madrid air routes.

British and Iberia, the first of British origin and the second Spanish, respectively, will start their operations under the code-share modality to offer air services to the Dominican Republic during the summer season.

Likewise, the Spanish airline Wamos Air, whose executives also announced within the framework of Fitur their intention to resume their regular operations to the country, renewed their Operating Permit to start their air operations this summer season, offering regular passenger transport services, cargo and mail on the Madrid- Santo Domingo -Madrid and Madrid-Punta Cana-Madrid routes, according to Noticias Sin.