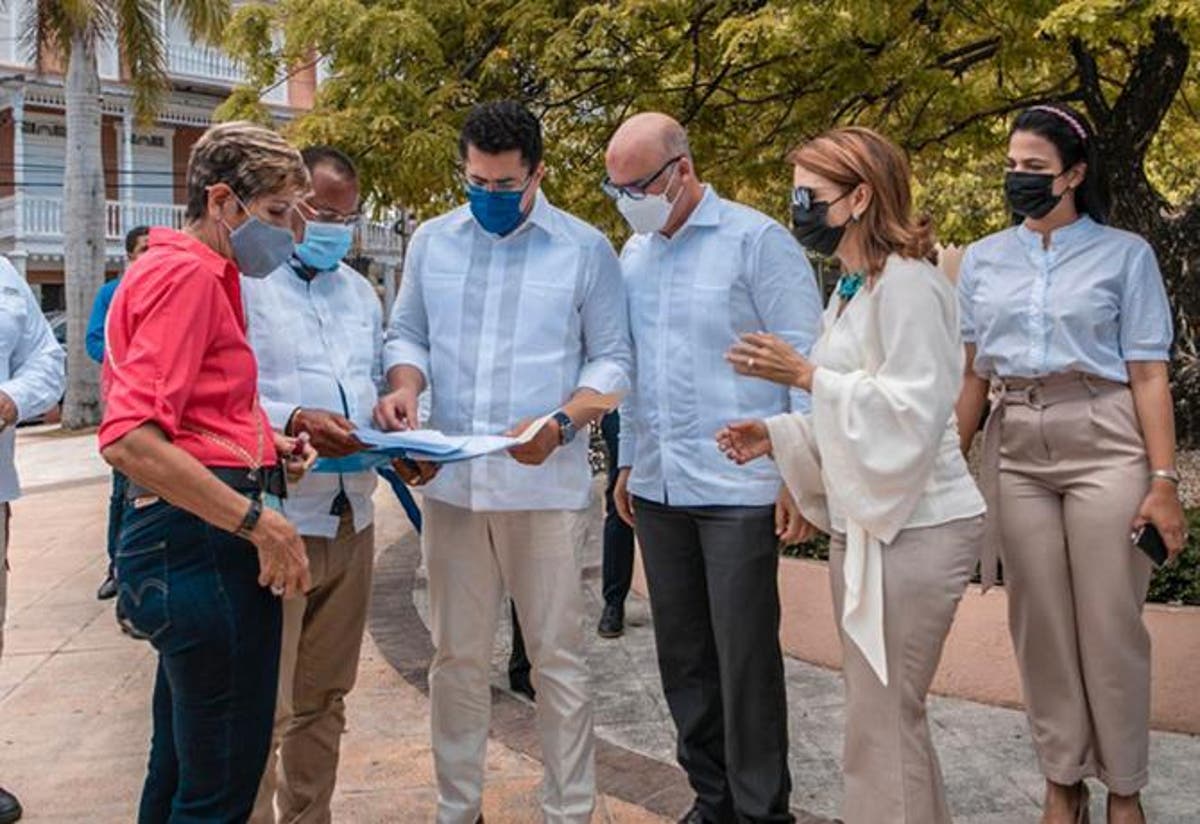 David Collado with directors of Adompretur.

The Government will initiate a rescue plan for the Sosúa municipality, with an investment of more than 300 million pesos to get the nightlife out of the downtown area, as part of the plan to return the Puerto Plata province to its splendor as a tourist destination.

The announcement was made by the Minister of Tourism, David Collado, in the framework of a meeting with the country’s tourism press at Ocean World, Cofresí.

Collado assured that Puerto Plata deserves more, and that is why they have been on specific issues for the destination, such as the Luperón treatment plant that had been paralyzed for more than 15 years and the Long Beach plant with more than ten years on standby. He added that President Abinader would come to deliver the Puerto Plata treatment plant.

Regarding Sosúa, he reaffirmed the investment to remove the nightlife that affects that destination and will promote parking lots for 600 vehicles, a plaza for vendors, access to the beaches, and the adaptation of the Cabarete beach.

Cable car
The Minister of Tourism assured that the Puerto Plata cable car will not be privatized but will be renovated and taken to its maximum splendor, strengthening the board.

He reaffirmed that neither the La Puntilla amphitheater nor any other tourist facilities in the province would be privatized.

Adompretur
Collado announced the allocation of RD $ 27 million to construct the Dominican Association of Tourism Press (Adompretur) premises and a museum to strengthen the work of the country’s tourism press.

The official assured that the sector’s recovery results from the joint effort of all for an industry that represents 15% of the country’s GDP and impacts the entire national economy.

New record
The Minister of Tourism said that in June, the country has received 278,000 tourists, projected that the month would culminate with a record of 378,000 visitors. He promised that they would continue to carry out the necessary work to guarantee the total recovery of the sector, strengthening international promotion with initiatives that enhance domestic tourism, ensuring the transparency and efficiency of its management.

IN POINTS
Collado assured that he is not interested in commissions, neither for advertising, nor for international promotion, nor for the works carried out to promote the development of destinations. “I come here to work with honesty and transparency,” he said.