The “brilliant” first year of Abinader’s government in tourism 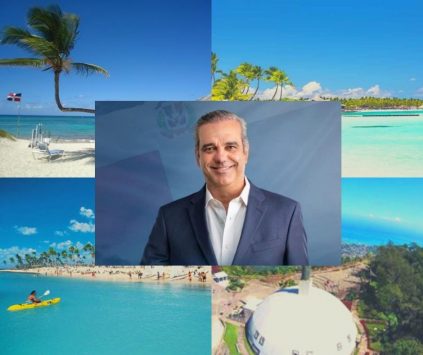 The management of the government of Luis Abinader, in its first year, in tourism has been brilliant, according to the expert and economist Juan Lladó, who evaluated mainly the health and prevention aspects in the face of the Covid-19 pandemic and the country’s ability to continue attracting foreign investment in the tourism area.

He said that the government’s priority in the coming years should be to develop tourism infrastructure and exploit the potential of Pedernales as a vocation area for the enjoyment of its beaches and other attractions.

He considered that by the end of President Abinader’s administration in 2024, there should be between three and four hotel facilities, which would be a great success, according to Acento.com.

The excellent progress of tourism in the first year of Abinader’s government is also evidenced by the visitor figures that set between January-July of this year the arrival of 2,470,282 tourists, and with official predictions that the total number of non-resident visitors could be located at 4 million by the end of 2021.

The number of visitors exceeds that received in 2020 and is equivalent to 97% of those registered in July 2019.