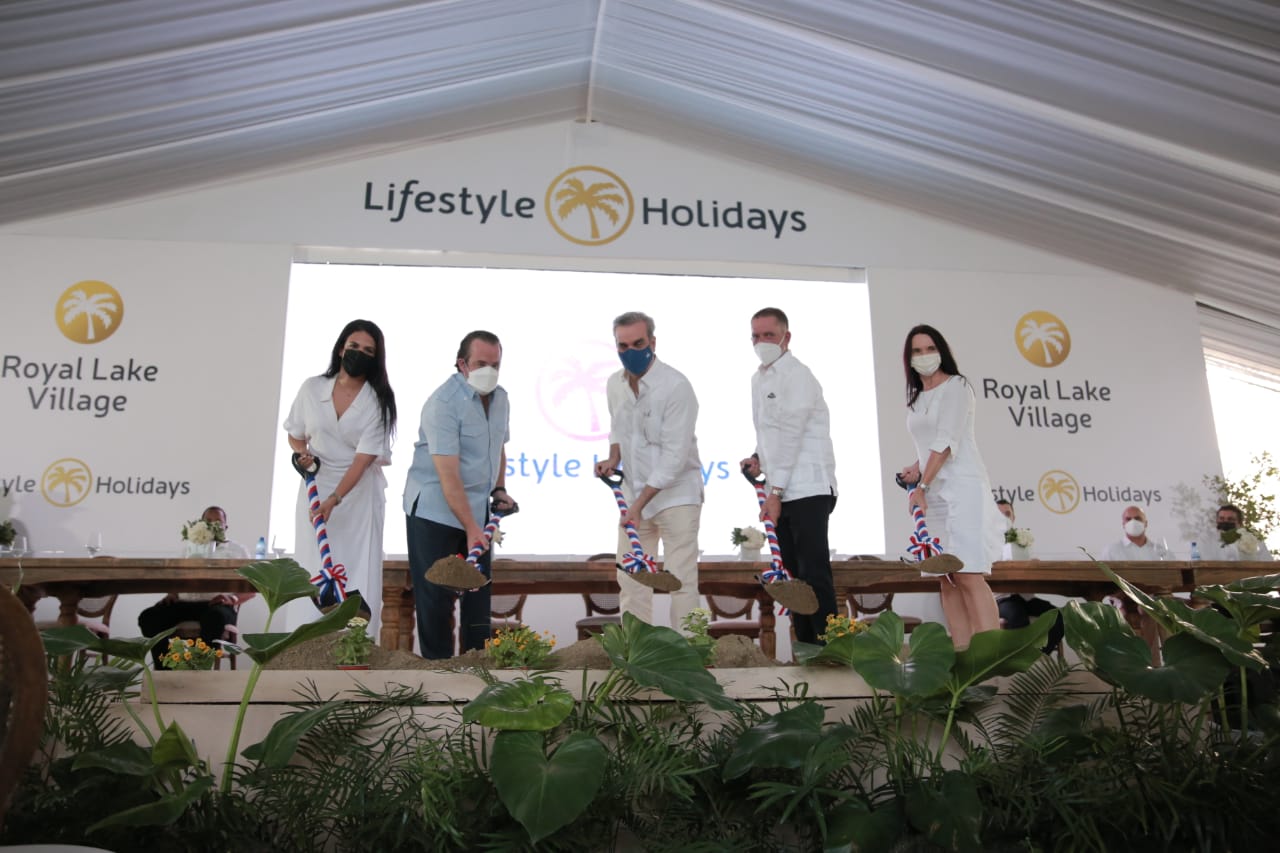 IT IS A SUSTAINABLE RESIDENTIAL TOURISM PROJECT

President Luis Abinader gave the first step for constructing The Royal Lake Village by Lifestyleproject, a new offer of the Lifestyle Group in Puerto Plata.

It is a sustainable residential tourism project (Eco-Friendly type), which will be composed of 129 villas of 2, 3, and 4 rooms whose construction measures range from 110 to 190 square meters.

The concept is related to the tourist niche that aims at a holiday of physical and mental well-being, looking for a space for the relaxation of those who visit it.

The landscaping of the area is based on a balance between luxury and respect for the nature that surrounds it, with paths of natural parks for Jogging, meditation and yoga areas, surrounded by trees and lagoons that form a unique set, with the basic idea of the interaction of the human being with the environment.

The president of the Lifestyle Group, Markus Wischenbart, said that the opening of the new project is a further demonstration of the hotel group’s confidence in the total recovery of Dominican tourism, the good investment climate that exists and that “we continue to bet on the destination of Puerto Plata.”

He highlighted the effort made by the government and the private sector to achieve the responsible recovery of tourism in the Dominican Republic, as it predicts that the new project will attract thousands of new tourists to the important destination of Puerto Plata each year, which will lead to a significant economic movement throughout the area, according to a statement. 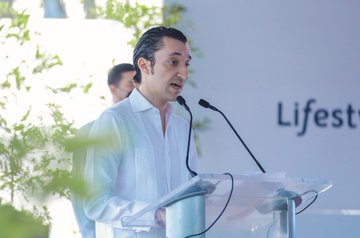 Wischenbart thanked the President and the Government for their support to the hotel sector in the pandemic while underlining the effort and excellent work done to mitigate the consequences of Covid-19.

In addition, he said that in the case of the Lifestyle Group, there has been an average occupancy of more than sixty percent in the first six months of this year and that only in July it reached 80%.

Another sign of the recovery, Wischenbart said, is that it currently has 2,500 direct jobs and another five thousand indirect ones.

Meanwhile, the Administrative Minister of the Presidency, José Ignacio Paliza, stressed the new investment in the development of tourism on the North Coast.

“This investment by the Lifestyle Group is one more encouragement in this destination and a commitment to the bright future that we have all been building for our country,” he said.

He recalled that the Lifestyle Group had become the primary employer in Puerto Plata and one of the most important in the entire northern region.