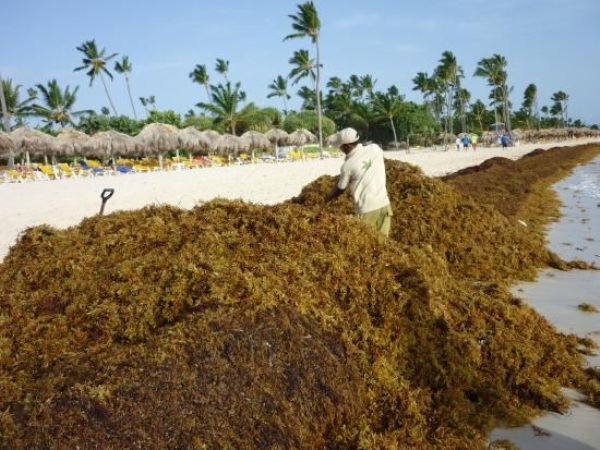 Santo Domingo.- “This year has overflowed. The reality is that this degrades your ability to promote the destination,” said Vice Minister of Tourism, Jacqueline Mora, referring to the high volume of Sargasso seaweed that reaches the country.

Ernesto Veloz, president of the Eastern Hotel Association (Asoleste), also complains that this week has been complicated, due to the large amount of algae in the areas of Bávaro, Ubero Alto and sometimes Bayahíbe.

But the situation is not unique to the East. A considerable amount of Sargasso has reached the beaches of the south and north coast of the country, even to places where it had never reached before, according to José Ramón Reyes, vice minister of Coastal and Marine Resources at the Ministry of the Environment.

“It is the year that the most Sargasso has arrived and to areas where it has never arrived.”