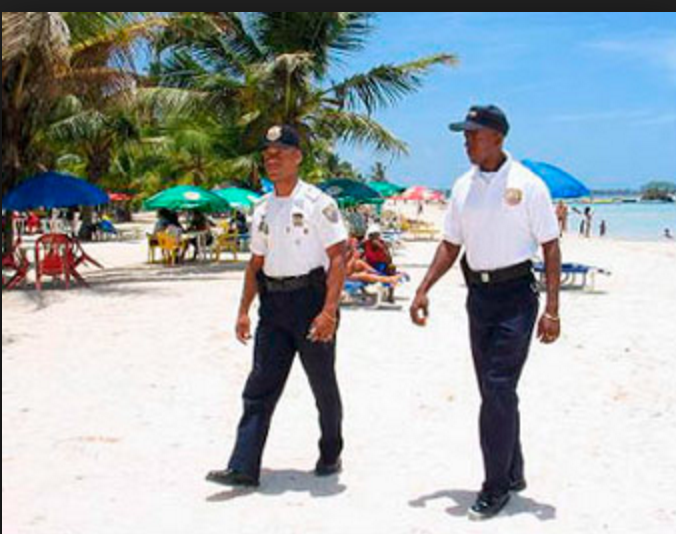 IT WILL PROVIDE THE ENTITY WITH TECHNOLOGICAL MEANS

Minister of Tourism David Collado announced that the Government will invest three million dollars in strengthening the Tourism Police (Politur).

The “reformulation” plan of the Politur, which will be presented soon, aims to provide the body with technological means and other tools to improve the exercise of its functions.

To strengthen tourism security, according to Collado, a plan of interventions has been initiated simultaneously on several beaches in the country, including installing security cameras and an LED lighting system, and free Wi-Fi internet networks.

“The cameras will be monitored from two control centers, which will be presented to the press “shortly,” Collado said at the press conference in which he presented the data of the tourism sector last August.

The first beach where cameras have begun to be installed is Macao, in La Altagracia, and later the project will be taken to Guayacanes, Las Galeras, Cabarete, and Sosúa.

What! and not Boca Chica?? LOL
I feel left out.

It seems Boca Chica is an untouchable, no cameras allowed. The same type of investigation for Operation Falcón should be commenced there.

The sadly amusing aspect of this placing security cameras at the locations is to bet how long it will take for someone to steal or destroy them. The government may use them a short while and then let them sit to eventually decay.

It is good the gov’t is providing more protection for visitors to the country. They, the tourists, are a good source of revenue for the economy. Crime is increasing in the country. It is awakening after a forced semi hibernation. The relaxation of covid curfews has been the turn-on. The need now is for government to put more patrols in high crime areas, to invest millions there.

Will they learn english????