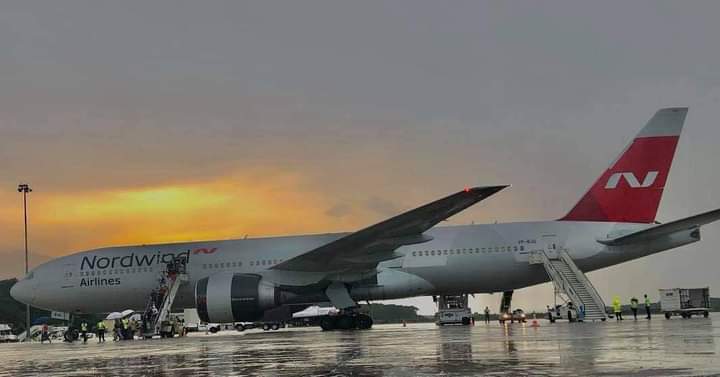 FROM MOSCOW’S SHEREMETEVO AIRPORT WITH 440 PASSENGERS

On a Nordwind Airlines flight

With the departure of Nordwind Airlines flight N4-513 from Moscow, direct air exchanges between Russia and Samanaformally began last Thursday, September 23, in the Dominican Republic..

On this flight, 440 passengers arrived and with which it is expected to recover “all the Dominican destinations that received flights in the pre-pandemic period,” according to a press release.

“Samana is the fifth of the Dominican destinations connected non-stop by direct flights originating in the Russian Federation and it is expected that in the coming weeks flights will be activated from the main capitals of the Russian regions to the main tourist poles of the country,” the document states.

The Dominican Embassy in Russia was present at Moscow’s Sheremetevo Airport, saying goodbye, thanking and delivering Dominican flags to the passengers who chose Santa Barbara de Samana as their holiday rest destination.

It is recalled that Samaná, one of the most important tourist destinations in the DR, was added to the list of Dominican poles to be added to the direct routes served by Russian airlines, after the “unrestricted reactivation” of the air traffic flow between Russia and the Dominican Republic.