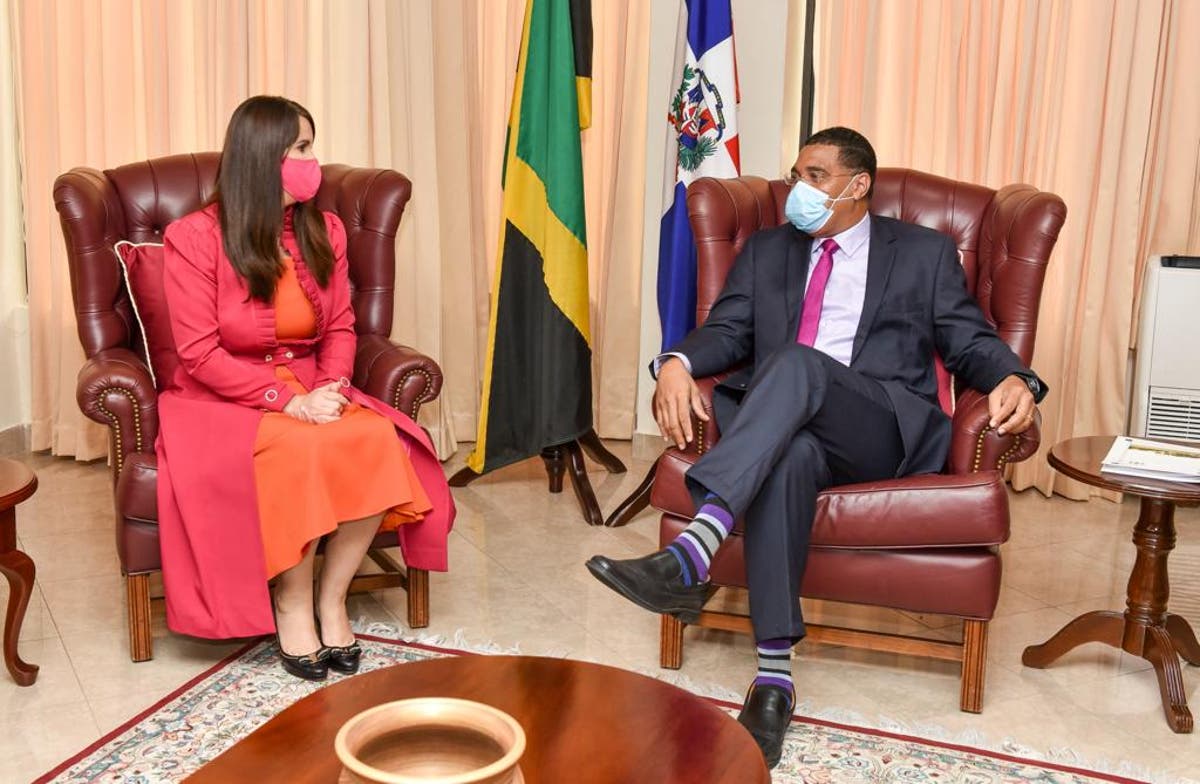 ANNOUNCED BY THE DOMINICAN AMBASSADOR IN JAMAICA, ANGIE MARTÍNEZ

The Dominican Republic and Jamaica, through dialogues, seek to advance on issues such as: achieving visa exemption for Dominican passports, signing a bilateral air services agreement, connectivity, and the configuration of a more flexible and open system for business.

This was expressed by the Dominican ambassador to Jamaica, Angie Martinez, during a solemn audience with Prime Minister Andrew Holness, where they also agreed to create mutual conditions for a win-win, more profitable, and closer relationship between the two countries.

Prime Minister Holness expressed his desire to work hand in hand with President Luis Abinader and Foreign Minister Roberto Alvarez on bilateral or regional projects of mutual interest, as well as in establishing new synergies that will help strengthen the economies of both countries and provide new sources of jobs for both Jamaicans and Dominicans.

“I look forward to meeting the new president of the Dominican Republic, Luis Abinader. We are convinced that it is strategically very valuable to promote trade and investment between our two countries. This is because we are called to be natural partners,” he said.

Caricom has always used DR to avoid its responsibilty towards Haiti, accusing DR of not doing enough while they do nothing. Accusing DR of having a harsh inmigration policy while they violate their own Caricom accord that mandates free movement of people among Caricom countries. (Haiti is a full member) Caricom requires visas for haitian citizens while attack DR for doing the same. Jamaica seems to finally come around to understand that.

CARICOM is the most useless entity in the region, their biggest mistake was to underestimate the DR, now they have seen with their eyes how DR displaced every caribbean nation in terms of visitors and investment, Bahamas has always hated the DR