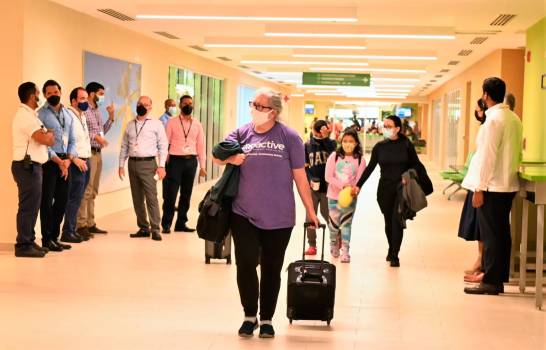 Santo Domingo.- American Airlines, in coordination with the Tourism Promotion Office (OPT) in Orlando, opened the new direct Austin, Texas, route to the Punta Cana airport, to reinforce the arrival of more tourists to the Dominican Republic.

In a statement, the carrier said opening of this new route represents the “opportunity to conquer more tourists from the Southwest of the United States, the main source market to the Caribbean country, and will serve as a connection with other North American cities.”

The visitors arrived on flight AA-557, in a Boeing 737-800 aircraft, with a capacity of 172 passengers. This direct route will operate with four weekly frequencies, on Monday, Wednesday, Friday and Sunday.

“American Airlines believes in the Dominican Republic destination, especially in Punta Cana, one of the most important tourist centers in the entire region,” said Oliver Bojos, general director of the airline in the country.