Tourism contributes income of US$3.8 billion as of September 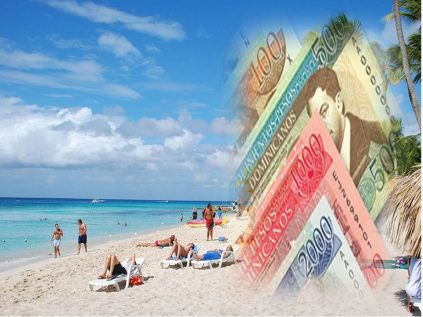 90.2% above the January-September 2020 record, according to the central bank

Between remittances and the tourism sector, they have generated income to the Dominican Government of US$11.7 billion in the first nine months of 2021.

According to data from the Central Bank of the Dominican Republic (BCRD), tourism revenues stood at US$3.8 billion, 90.2% above the January-September 2020 record.

At the level of the tourism sector, it is estimated that the numbers end in positive because the tickets confirmed to date to travel to the Dominican Republic during November and December 2021 are 16% and 19%, respectively, higher than those established on the same date of travel in November and December 2019, according to Diario Libre.
The Ministry of Tourism ( Mitur ) highlights that the confirmed tickets to travel in November and December to the region are 4.7% below 2019. However, the Dominican Republic significantly exceeds this performance, with secure reservations 18% higher than 2019 (+ 9% compared to 2018).

In addition, by the end of 2021, non-resident arrivals of close to 4.9 million non-residents are expected, which would represent a 15% rebound in tourism compared to the last four-month period of 2019.

The data details that about 800,000 people depend on the tourism sector of the Dominican Republic for the participation of 15% of the total jobs generated in the country. These include suppliers, small informal businesses, and the impact of consumption that generates household income linked to tourism.

Meanwhile, during the first nine months of the year, remittances reached US$7.9 billion, 34.4% more than in January-September 2020 and 48.5% above the same period of 2019. 85% of the remittances received in the country come from the United States, 6.7% from Spain, and 1.0% from Haiti.
Official data indicate that since 2010, citizens in the Dominican Republic received a total of US$66.4 billion; 2020 was the year that more remittances were issued to the country. However, 2021 has a pace to overcome it.
0 0 votes
Article Rating
1 Comment
Oldest
Newest Most Voted
Inline Feedbacks
View all comments
Anthony

Great! Hopefully the money is stimulating the economy. Would love to see the hard working people receive fair wages.