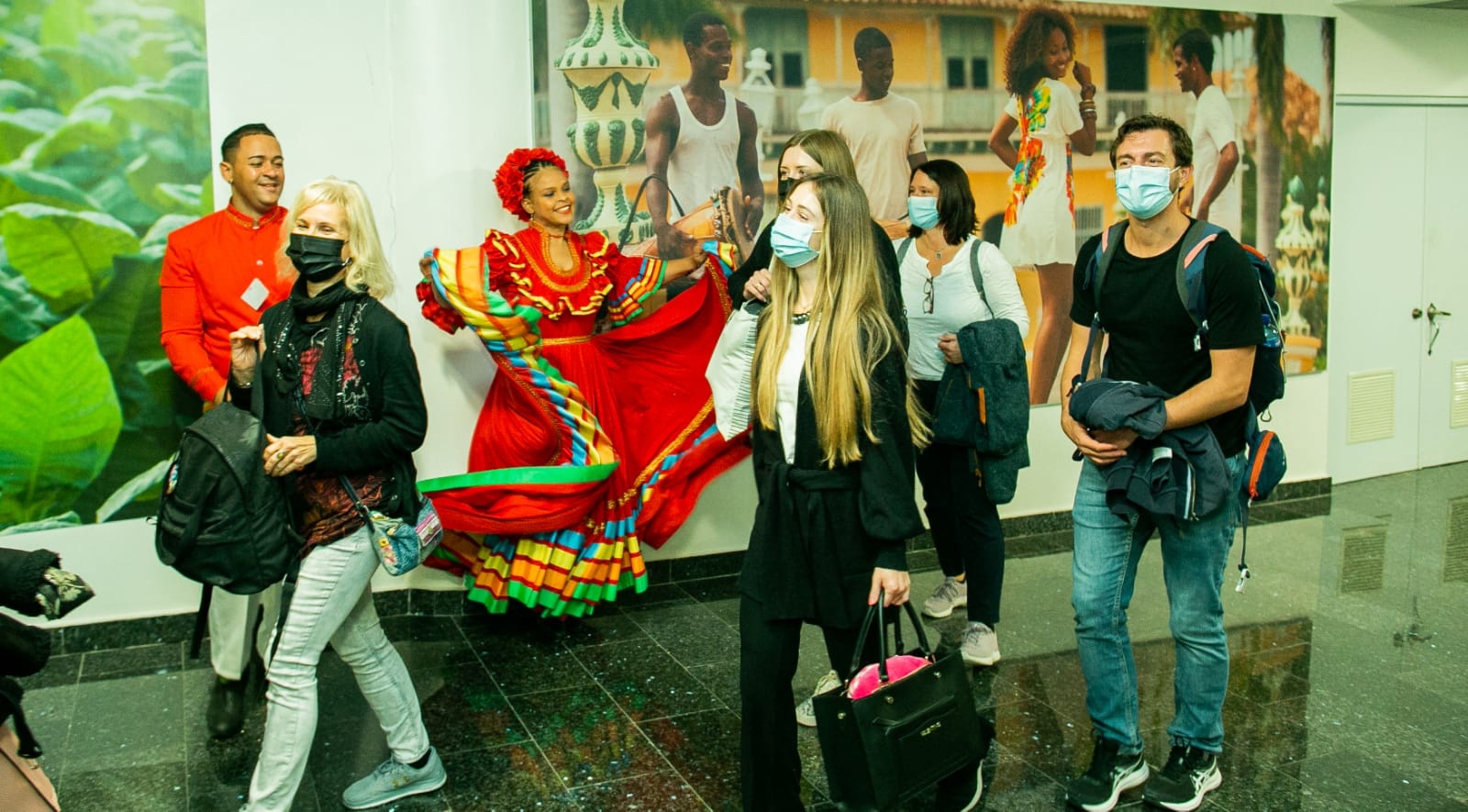 PUERTO PLATA.-  Some 25 travel agents, including tour operators and Swiss media, arrived at the Bride of the Atlantic, in the fam trip “Reactivation of Swiss Tourism,” as part of the plans to promote this European market in the poles tourist of the country.

The group arrived on the A340-300 aircraft on the Zurich-Puerto Plata direct route accompanied by the director for Europe and the Tourism Promotion Office (OPT) in Germany of the Ministry of Tourism (MITUR) Petra Cruz, and representatives of the tour operator Latin Travel.

Cruz reported that in the remainder of the year, 20 weekly flights would arrive from Germany, 13 from the Condor airline, and seven from Eurowind Discover, constituting the best winter for tourism in the country over the same period of 2018.

The director of the OPT expressed her satisfaction with the positive results that have been the result of the actions implemented by the Responsible Recovery Plan for Tourism executed by the Tourism Cabinet and that have allowed the increase in flights from Europe to Quisqueya from this winter.

He highlighted as part of this new Zurich-Puerto Plata connection, the positive results of the marketing plan approved in the presence of the Minister of Tourism, David Collado, and the CEO of Edelweiss Bernd Bauer in search of reactivating this Swiss market and in response to those Citizens prefer the Dominican Republic as their favorite place to vacation in the Caribbean.

He explained that since his stay in Puerto Plata, travel agents and journalists carry out a busy schedule of activities and tours to tourist spots, beaches, and hotels on the North Coast, Samaná, Santo Domingo, Juan Dolio, and concluding in Punta Cana.

Petra Cruz highlighted the fam trip of Swiss journalists and media, including the NZZ, one of the most important in the European country.

Edelweiss flight EDW-20 touched down in Puerto Plata with 124 passengers on board after a technical stopover at the Punta Cana International Airport from Zurich, Switzerland.

After their descent, the Swiss tourists were received to the rhythm of the typical merengue by the Mitur folkloric ballet directed by Oscar Batista and with the presence of representatives of Dominican Airports Siglo XXI.

I reapplied for my sanky panky status…soon i’ll be dipping in white swiss cheese and milk…i can yodel too…!!!!

They will be treated to the corruption in the airport as a welcome. Don’t take any valuables in your bags!