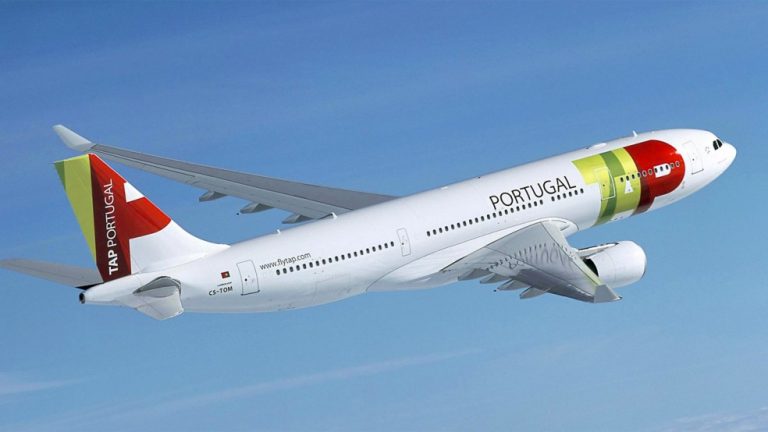 With three weekly flights starting December 11, with fares starting at $281

AP Air Portugal debuted its first service from the Caribbean, with nonstop flights between Lisbon and Punta Cana, in the Dominican Republic with fares starting at $281 each way.

The airline announced that it will start three weekly round-trip flights from December 11, on Wednesdays, Fridays, and Saturdays.

On Wednesdays and Saturdays, the flight will depart from Punta Cana at 11:05 p.m., arriving in Lisbon at 10:35 a.m. the next day. Return flights will depart Lisbon at 5:00 p.m. and arrive in Punta Cana at 9:20 p.m.
The new route will be operated with TAP’s Airbus A330-900neo aircraft, which features the new Airspace by Airbus cabin.

The cabin configuration and design create an updated and modern atmosphere, with more reclining seats in economy, in green and grey tones, and more legroom in EconomyXtra, in green and red tones.

“Seating space in regular Economy is 31 inches, while EconomyXtra offers an additional three inches of legroom, for a space of 34 inches. The A330-900neo has 168 seats in Economy and 96 in EconomyXtra,” the airline said in a statement.

Airline fares in economy class from Punta Cana to Lisbon start at $281 each way, while fares to connecting destinations start at $247 to Paris, Barcelona, and Rome.

TAP’s business class fares from the Dominican Republic to the most popular European destinations start at just $1575 each way to Barcelona, $1707 to Rome, and $1773 to Paris, (all tariffs are plus taxes).

“If you fly to Portugal or beyond to TAP’s +65 destinations across Europe and Africa, TAP’s new nonstop flight from Punta Cana will take you faster, more comfortably and at the best price in the Dominican market,” said Gustavo de Hostos, managing director of General Air Services, TAP’s GSA for the Dominican Republic.

“And for guests flying beyond Lisbon, TAP offers travelers the popular Portugal ‘Stopover’ program, with up to five nights in Lisbon en route with no additional airfare,” he added.

Travelers can also enjoy a stopover in Lisbon or Porto even if their final destination is in Portugal, such as Faro (Algarve); Ponta Delgada, or Terceira (Azores); and, Funchal or Porto Santo (Madeira).

0 0 votes
Article Rating
2 Comments
Oldest
Newest Most Voted
Inline Feedbacks
View all comments
Where there is a will...

0
Reply
Geury Diaz
Reply to  Where there is a will...

duhh, the plane has seat like beds where they can sleep in peace 😉