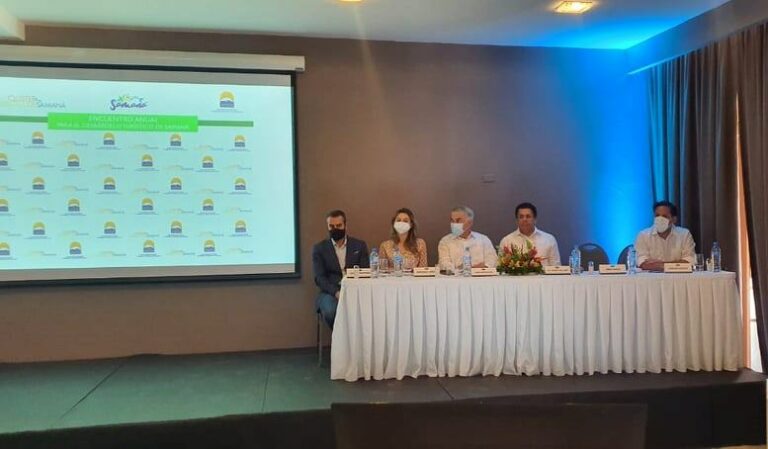 The Samaná Tourism Cluster (CTS) and the Association of Hotels and Tourism Companies of Samaná (AHETSA) considered that the film industry should have the best advantages to promote tourism in this coastal province, thanks to its local and international projection.

In the framework of the VII Annual Meeting for the Tourist Development of Samaná, representatives of both organizations explained that they see the impulse for the arrival of visitors to the coastal province in the seventh art. At the same time, the sectors involved in the development of tourism in the same expressed the importance of continuing to join efforts and betting on its positioning as “a film destination.”

“We must continue working together to grant the film industry the greatest advantages and amenities, as well as the order and cooperation appropriate to their needs, so that it continues to develop in the province and we maintain this flow of visitors that cause the shootings directly and indirectly, showing the rest of the world the beauty and uniqueness of Samaná,” said Jesús Durán, president of the CTS.

Likewise, the president of AHETSA, Juan Bancalari, added that “Having had important movie stars such as Sandra Bullock, Jennifer López, M. Night Shyamalan, Gael García Bernal, Josh Duhamel and Channing Tatum, among many others, in our different projects and beaches, is an ineffable sign of the projection we are having in this area.”

During the meeting, Lantica Media’s Chief Operating Officer, Albert Martínez Martín, explained that the film industry is an unparalleled wealth generator and that its impact on the economy is reflected in tourism. He indicated that images of our country travel worldwide, Hollywood stars enjoy our beaches, and productions generate high hotel occupancy rates, just a few examples of this successful marriage between cinema and tourism.

Meanwhile, Carlos Aguilar, partner and director of the GVA Office based in the Dominican Republic, asserted the importance of experiences as promoters of integral development.

While the general director of the General Directorate of Cinema (DGCINE), Marianna Vargas Gurilieva, said that the institution had focused its efforts on creating a solid film industry in Samaná, focusing on strengthening human capital, institutions, and locations.

“We have designed, in conjunction with INFOTEP, demand-driven training programs. We recently opened an office in Santa Bárbara de Samaná, to provide services to productions shooting locally, and we signed an agreement with mayors’ offices and district boards, establishing a single rate, simplifying processes and further strengthening inter-institutional ties. These achievements are the result of joint efforts between the public and private sectors,” he explained.

At the seventh annual meeting, which will be held this Friday, 19 November 2021, and is headed by the Minister of Tourism, David Collado, Eduardo Esteban, mayor of Las Terrenas, won the mayor of the Year award. In addition, Fernando Mercado, director of the Limón municipal district, was named District Director of the Year.