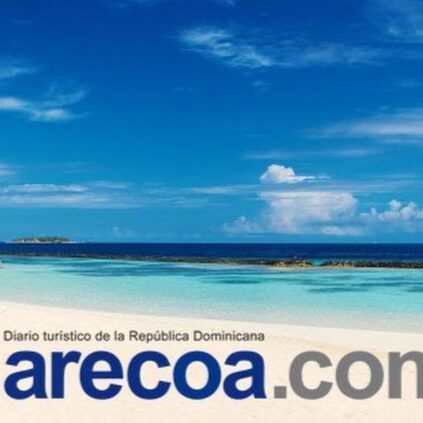 ADOMPRETUR will deliver the recognition this Tuesday, November 30

The Dominican Association of Tourism Press ( Adompretur ), in the 17th edition of the National Award for Tourism Journalism “Epifanio Lantigua” (PEL), will recognize arecoa.com as the most outstanding medium for its contribution to the development and strengthening of tourism in the Dominican Republic.

The distinction will be presented during the ceremony that will take place this Tuesday, November 30, 2021, at 6:30 in the afternoon in the La Mancha Room of the Barceló Santo Domingo hotel.

The union indicated, through a letter addressed to Rafael Caballero, president of Grupo Preferente, that “the prestigious Arecoa portal, which originates in the Dominican Republic, has been selected by the jury of the Epifanio Lantigua National Award for Tourism Journalism (PEL) to receive the annual recognition granted by Adompretur, to the most outstanding medium for its contribution and development and strengthening of tourism.”

In the letter, signed by the president of Adompretur, Yenny Polanco Lovera, and Millizen Uribe, director of the PEL, in addition, the editorial group is congratulated for “the extraordinary professional work that the Preferred Group has carried out for three decades as the main platform of the tourist press in the Spanish-speaking world.”

The editor of the Preferred Group, Rafael Caballero, will collect the award at an event attended by the Minister of Tourism, David Collado, and other leaders of the Dominican tourism sector.

We here at Dominican Today wish to extend arecoa.com a very hearty congratulations as we often source the publication for news, updates, and information regarding tourism in the DR.