More options for tourist transport from the East: bus terminal will open in Bávaro 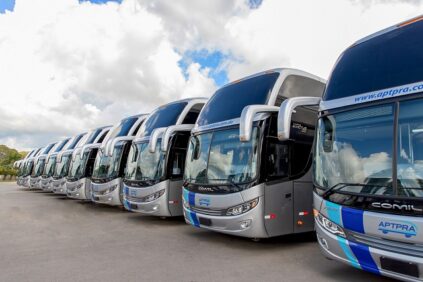 With an investment of 100 million pesos

The Association of Public Transport Bus Owners of La Altagracia province (Aptpra) informed that it would build a bus terminal in Bávaro with 100 million pesos.

Junior Castro Montilla, president of Aptpra, assured that its execution would begin at the beginning of 2022. A bus station will also be installed between Punta Cana and Cap Cana before the end of 2021.

Likewise, the transporter indicated that the Aptpra company acquired a new fleet of Volvo buses that will enter into circulation in December 2021, when they arrive in the country.

“We will implement a ticketing system through which the passenger will have the facility to select through our digital platform the number of his seat before boarding the bus, as well as to pay the ticket with his credit or debit card,” he said.

He explained that the Aptpra terminals in Higüey, San Pedro de Macorís, Santo Domingo East, and the National District would be remodeled. In addition, the company’s personnel receive a permanent training program in customer service to improve the service to the users.

He pointed out that, despite the multimillionaire investments made by the company, there will be no increase in the price of fares for its customers.

This terminal and buses will help relieve the demand for transport from Punta Cana – Cap Cana localities to Santo Domingo without having the inconvenience of transit to/from Veron or Friusa terminals.

The taxi guys are going to hate these new bus terminal.

Not at all, they both serve different market, it may even benefit the taxis and uber more