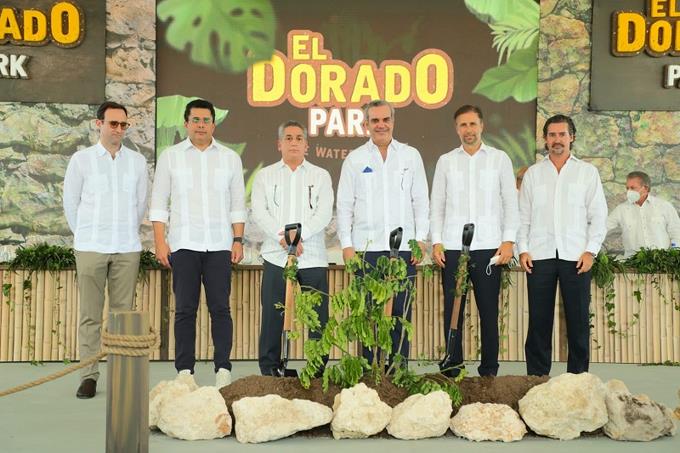 In a ceremony held with the presence of the President of the Republic, Luis Abinader, and the Minister of Tourism, David Collado, the construction of the El Dorado Park water park was formally started, which will be developed in Cap Cana with foreign investment from the businessman. Carlos Cobiella and GAM Capital, the leading investment fund manager in company development funds.

El Dorado Park will be the largest and most advanced water theme park in the entire Caribbean.

Designed by the architect Andrés Piñeiro, the park will create more than 350 direct jobs and a total of more than 700 including indirect ones. The conceptualization team includes world leaders in the entertainment and leisure industry who have worked on projects such as Disney and Universal.

The complete project will have three phases to be developed in an area of ​​115,000 square meters and its opening will be for the year 2023. The first phase will consist of the aquatic amusement park with a capacity for 3,000 people that will be called “The Water Temple,” an amphitheater “El Dorado Arena”, with a capacity for 4,000 people, and the restaurants, bars, and shops that accompany them.

President Abinader said that travelers seek new experiences and are more demanding with their travels, so investments like this, with vision, strengthen the country’s offers and place it as a leader in the region.

“Our tourism model is a world reference and it will continue to be for investment offers and bets like this one. It is the way to distinguish yourself, to stand out and lead the market; employment, investment, leadership and innovation,” he concluded.

Meanwhile, Cobiella thanked Cap Cana for trusting and opening the doors “to this wonderful idea, presented to his shareholders’ council by him and Andrés Piñeiro, in the best space within the best destination to become an exclusive attraction that complements the offer of tourism within the Destination City and throughout the country, in addition to contributing to greater consolidation of the tourism sector and its development. 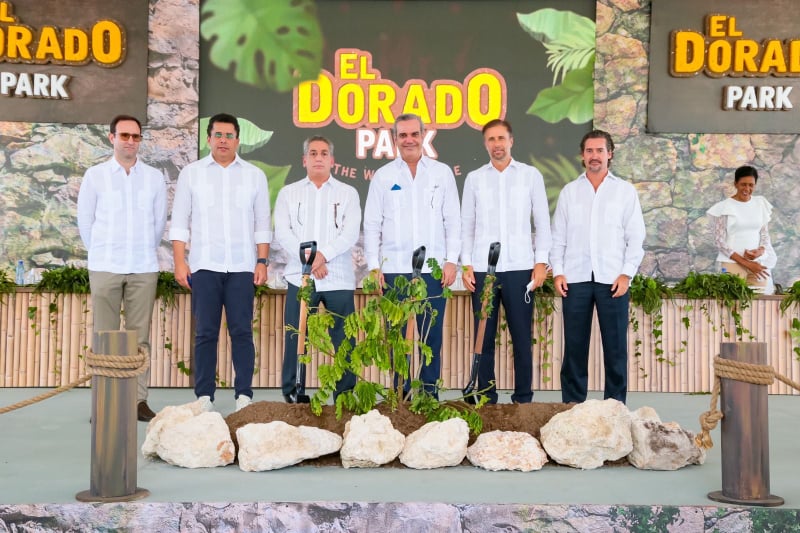 He stressed that the country has first-rate offerings for tourists and that projects like this will allow it to continue being the Pearl of the Caribbean for many years.

On his side, Fernando Hazoury, Chairman of the Board of Directors of Cap Cana, thanked the efforts of hundreds of people who have supported the destination city in its almost 20 years of foundation.

These efforts have today allowed Cap Cana to be a mature and consolidated destination in all its aspects, and also as a country brand with its infrastructures, amenities, and first-world services, already executed from a technical point of view and guaranteeing a sustainable development master plan that respects the ecology in each new stage of growth and operation.

He stressed that it is time to invest in the country, and said that Cap Cana is open to supporting and accompanying developments such as El Dorado Park since it is a complimentary offer that, together with real estate tourism, is possibly the largest generator of wealth at present together to hotel tourism, they offer second and third coastline attractions, such as what is being seen today in areas where hotel development has already matured.

“Examples of these offers are theme and amusement parks, ecological hotels, real estate developments for retirees, developments for health tourism and gastronomic tourism, among others,” he added.

On his side, Collado, on behalf of the tourism cabinet, indicated that they believe in the diversification of the eastern area and congratulated Cap Cana for starting this project and investors for believing in the Dominican Republic to take this step during a pandemic process.

He stressed that people have regained confidence in the country, and proof of this is this opening of El Dorado in Cap Cana today, as well as others that have already been held in the same destination city since he took office as minister. 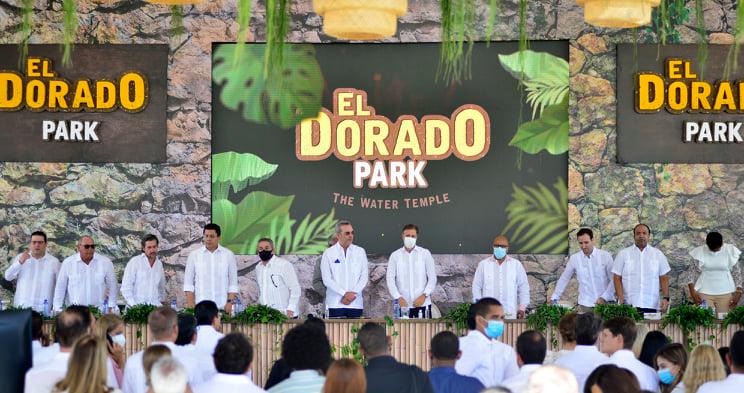 El Dorado Park will be a theme park of water attractions designed with the concept of the myth of the famous city of solid gold, lost in the tropical jungles of America, and that for centuries has been the objective of all treasure seekers.

The park carries a story that is the common thread for visitors to discover their world, revealing in each attraction a clue to the next, maintaining the curiosity and intrigue of the client during the adventure until they reach the great Chamber of Treasure.