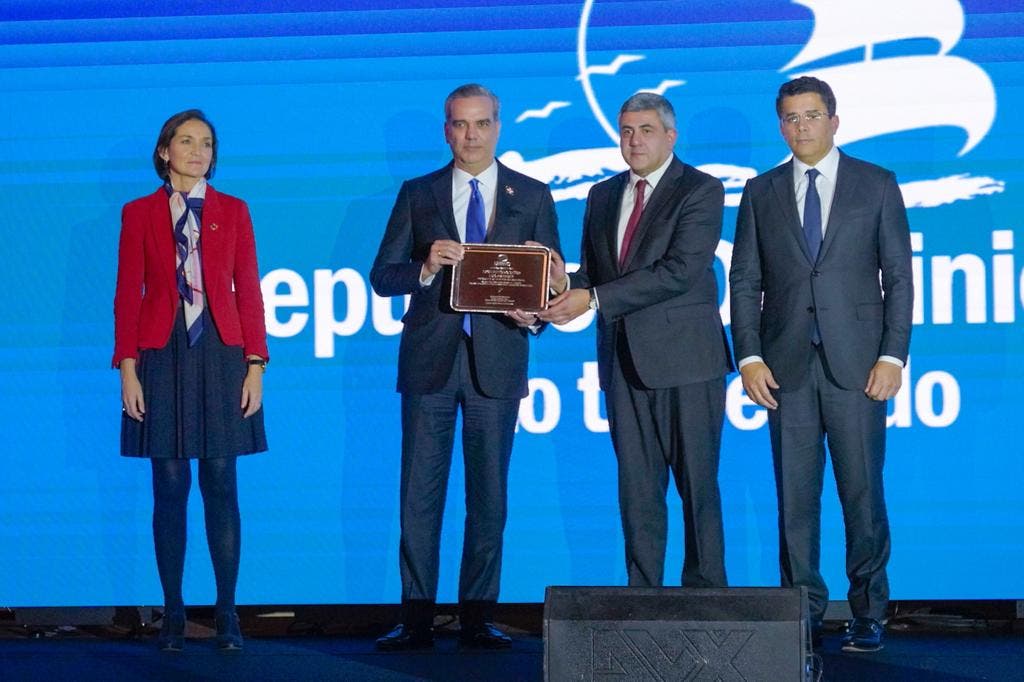 The award was presented by the UNWTO Secretary General, Zurab Pololikashvili, to President Luis Abinader

Spain – The World Tourism Organization (UNWTO) recognized the Dominican Republic for its successful recovery in the tourism industry and its efficient management of sanitary protocols in the different destinations of the Caribbean country.

The award was presented by UNWTO Secretary-General Zurab Pololikashvili to President Luis Abinader in the presence of Tourism Minister David Collado during a meeting with more than 200 travel agents, tour operators, and airline owners as part of the celebration of the 42nd version of the FITUR tourism fair, which officially begins this Wednesday.

The UNWTO secretary-general highlighted the management and sanitary protocols applied in the Dominican Republic to guarantee safe tourism, thus achieving the most successful recovery of the industry in the entire region, reaching record figures in tourist arrivals.

Meanwhile, President Abinader thanked for the distinction and explained that since his arrival to the presidency, tourism recovery had been one of the main priorities, given the contributions it represents for the Dominican economy.

Furthermore, Minister Collado attributed the success of the recovery to the political decision of President Abinader and the joint effort of the public and private sectors, hand in hand with the Association of Hotels and Tourism (ASONAHORES), which was represented by its president Rafael Blanco Tejera.

“From the Tourism Cabinet we have spared no effort to achieve this recovery because for us tourism has a human face,” said the Minister of Tourism, who presented the destinations of the Dominican Republic to more than 200 tour operators and travel agencies that gathered at the Eurostar Hotel in this city.

Minister Collado explained to the different agencies and tour operators that the Dominican Republic is the only destination in the region where 100% of the employees of the tourism sector are fully vaccinated with two doses and that it has the lowest incidence rate of contagion in the tourist poles, making the country a safe destination to travel.

He also indicated that the Dominican Republic had become a tourism reference in the region thanks to its recovery.