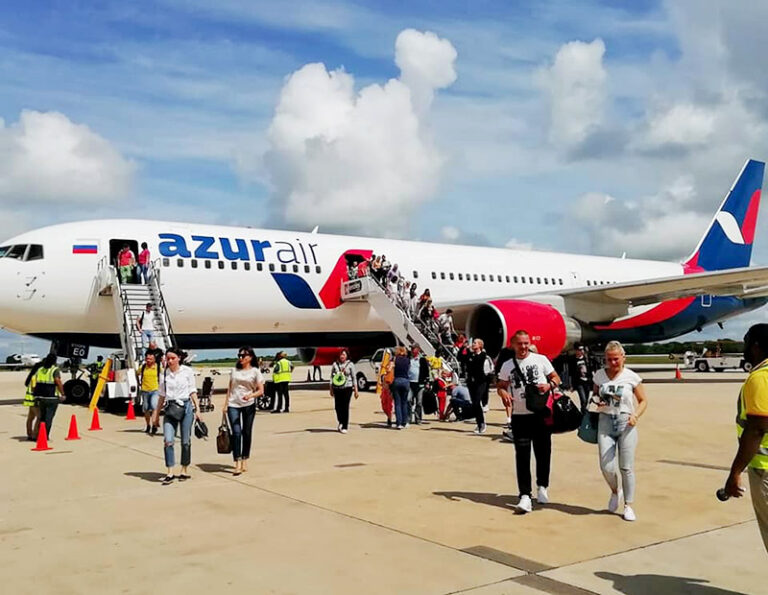 Analyzes how Ukrainian tourists who visit the DR will return

The economist and business consultant, Henri Hebrard, projected that Russia’s invasion of Ukraine will bring very negative consequences for tourism, the economy, and the Dominican Republic’s budgetary stability.

He indicated that “if the economic sanctions of the United States and Europe against Russia are very extreme, this could affect Russian tourism to the Dominican Republic, which is the main destination from these countries.”

He declared that from Ukraine, 15,000 tourists arrive monthly, and it is the fifth most important country for the DR from Europe, above Italy and the United Kingdom, and only surpassed by Russia, Germany, France, and Spain.

“Ukraine is currently the fifth largest market for tourists to the Dominican Republic from Europe. Nowadays, around 15 thousand tourists are received, more than from Italy and England,” he stated.

Hebrard wonders what will happen to the Ukrainian tourists who are visiting the DR and what will be the mechanisms to proceed with their return?, according to N Digital.

Concerning oil, the economist said that the other problem for the Dominican economy derived from the Russia-Ukraine war lies in the rise in the price of a barrel, which shot up to around 100 dollars in international markets.

In addition, he added that the other important aspect of the Dominican economy is that Ukraine is one of the leading exporters of wheat, corn, and soybeans, high-consumption products that will inevitably increase the prices of bread, chicken, and other foods.

He stated that the only positive aspect from the point of view of the Dominican economy is that the price of gold has skyrocketed to almost two thousand dollars an ounce, although it would not compensate for the increase that would occur in cereals and oil.

“That is positive, but it will never be positive enough to offset the negative of grain and oil,” he said.

Dominican politicians running around with their hair on fire…

DR should ban tourists from Russia and Bielorussia in support of Ukraine.

If not, Canadian and American should ban DR from their travel destinations. That would be even worse for DR.

So dominican republic should lose 200,000 tourists a year because you say so? what about the people who work in the tourism industry? what about their families? what about the russians who have nothing to do with these political affairs and just want to get some sun?

No you’re not thinking about it, the world is only Europe and North america right?

it’s not just Ukrainian and Russian, also other Europeans will stay away with a lunatic, threatening with atomic bombs in your backyard

Learn to live with that reality. We reacted worst than the way our immune system react to the cold virus!

If you want to support Russia…then sleep with the enemy!!!!!!!