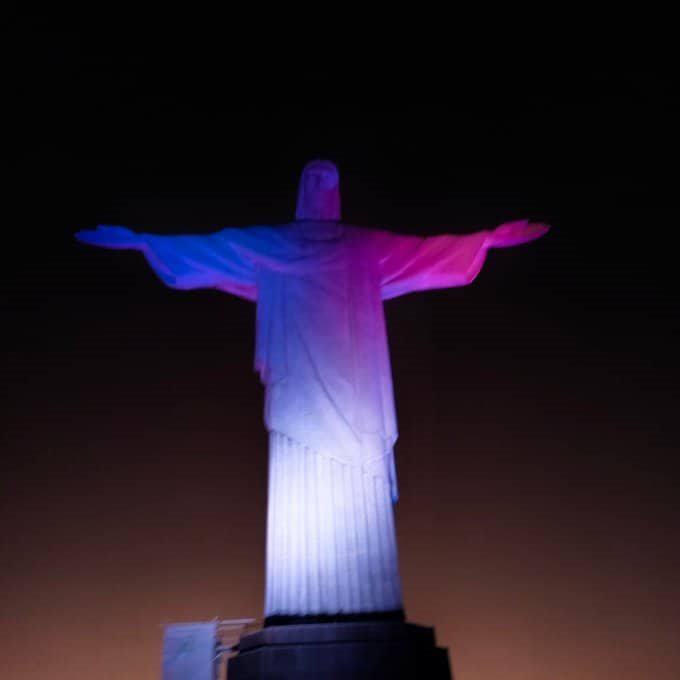 Santo Domingo.- The consulate of the Dominican Republic in Rio de Janeiro, Brazil, illuminated the Cristo el Corcovado for the first time, with the colors of the Dominican flag, on the occasion of the 178th anniversary of National Independence.