Abinader arrives at AILA for the official launch of Arajet 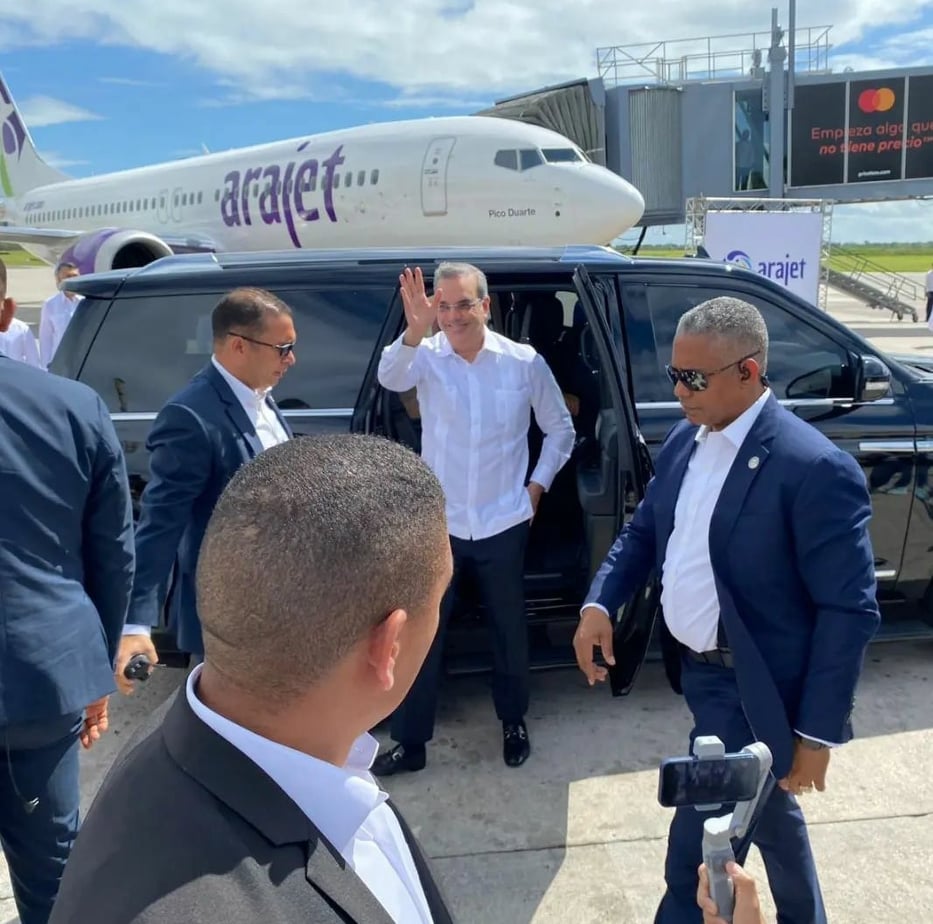 The President, Luis Abinader, arrived at the Las Américas International Airport ( AILA ) for the formal act of launching the Arajet airline.

The activity, which takes place this Monday, March 14, takes place at gate B4 of the air terminal and is attended by Víctor Pacheco Méndez, president of the airline; David Collado, Minister of Tourism; the director-general of the IDAC,  Héctor Porcella; José Marte Piantini, president of the JAC; Mónika Infante, director of Aerodom; Victor Pichardo, director of the Airport Department, among others.

Arajet will make the Boeing 737 Max 8 aircraft available to users, registration HI1026, with a capacity of 189 passengers.

The launch event will announce which destinations Arajet will initially be flying and which other destinations will be gradually added as 2022 progresses.