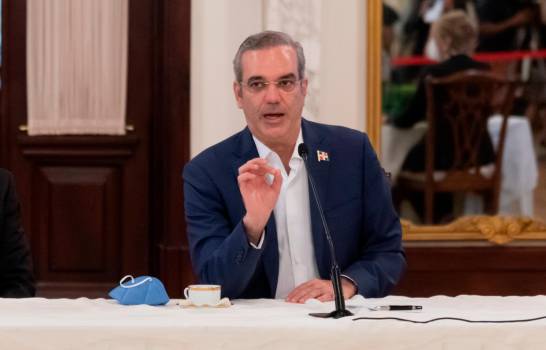 President Luis Abinader headed last Tuesday, March 15, a marathon meeting of the Tourism Cabinet. They evaluated all the projects in execution and the government’s strategies so that the crisis due to the war between Russia and Ukraine does not stop the recovery process of the sector.

During the meeting, which lasted about 5 hours, more than ten projects were evaluated, with more than 5 billion pesos investments.

The President conducted the meeting in the company of the Minister of Tourism, David Collado, and the other members of the Tourism Cabinet, including the administrator of the Banco de Reservas, Samuel Pereyra.

During the meeting, it was highlighted that Dominican commercial banks had become essential support for financing tourism projects, evidenced in the most recent international tourism fair held in Spain, known as Fitur, which this year was dedicated to the Dominican Republic.

President Abinader told the Cabinet officials that tourism is an integral part of the plans for the recovery of the Dominican economy. In addition to generating foreign exchange for visitors to the country, it injects foreign investment capital and generates jobs.

In addition, he pointed out that the new projects impact the growth of the construction sector with the consequent economic dynamics that it generates.

The President also said that tourism directly impacts the agricultural sector since it generates an additional demand, as the more than five million tourists who come to the country consume Dominican products.

He pointed out that it is important that all State entities be facilitators of these new investments and that they also allow those already established to grow.

In addition, the panorama generated at the world level by the war in Europe was raised since Russia had become an important emitter of tourists, to the point that they had managed to make up for the absence of the Canadian tourist.

Russian tourists were an important part of the recovery of the destinations of Bayahibe, Las Terrenas, and part of Puerto Plata.

However, it is expected that the negative effect will be counteracted with the announced opening of Canada. In addition, it was indicated that Canadians could provoke a boom because they have a lot of potential vacationers who haven’t vacationed.