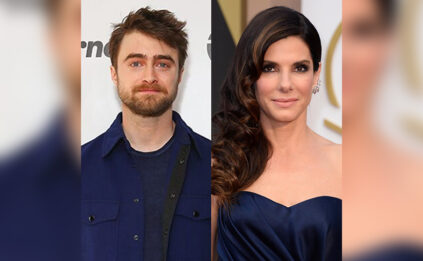 Famed actors Sandra Bullock and Daniel Radcliffe spoke highly of the Dominican Republic and said they restored their faith in humanity with the treatment of Dominicans.

“Bullock and Radcliffe were delighted with our country and its people,” said Hector Anibal, with whom the “Harry Potter” star said he enjoyed working.

Radcliffe said in an interview for Despierta America that “it’s incredible to be in that country.”

Sandra and Daniel talked about how the cast and crew were holed up in a hotel in Samana and Casa de Campo along with the hotel staff.

“It wasn’t just our crew,” Sandra assured. “All the hotels had been shut down because of the pandemic, and we took everyone to work and said to those workers, ‘Please help us keep everyone safe because you’re in our bubble now.”

“It was a really beautiful community. My faith in humanity and kindness was restored because there was so much openness, love and support,” the actress added. “And they take care of us so we can take care of them,” reviews Hola magazine.

The Lost City had its world premiere at South by Southwest (SXSW) on March 12, 2022, and will be released in theaters in the United States on March 25, 2022.

The film tells the story of a writer (Bullock) who becomes involved in an attempted kidnapping on a promotional tour for one of her books.

Those are high praises for the Dominicans! Excellent! Continue the good work with the legal visitors!