CEO of Viva: “Flight to Punta Cana boosts tourism throughout the region” 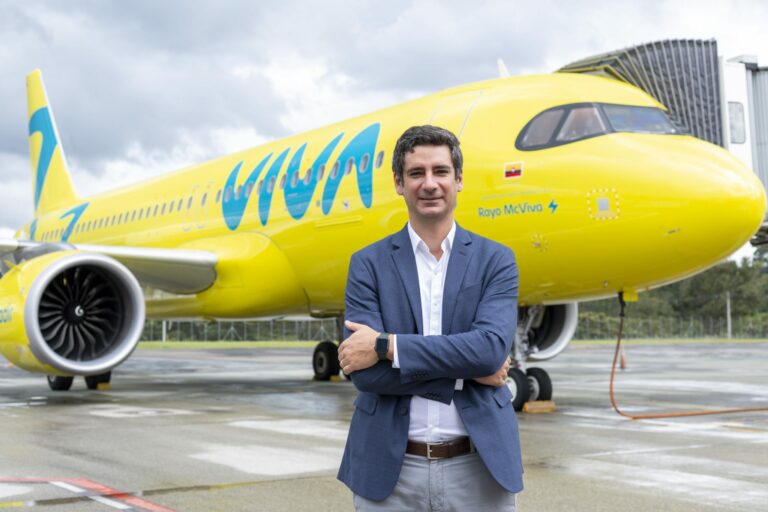 The Colombian airline Viva made history with its recent landing in the Dominican market, with the inauguration of its flights between Medellín and Punta Cana, a link in which it will operate four flights a week, and connections from Bogotá, Cali, Cartagena, and Lima.

According to the CEO of Grupo Viva, Félix Antelo, the inauguration of this route to Punta Cana promotes tourism and economic development throughout the region.

He added: “To this inaugural flight is added the start of operations of our 14 domestic routes, which also begin operations this month and demonstrate the local and international reach of Viva, as well as its purpose to guarantee air inclusion and connectivity in the country and the continent. In that sense, our route network will continue to grow and facilitate more connection opportunities for all travelers with Colombia and the world, through our Hub in Medellín.”

For her part, Flavia Santoro, president of ProColombia, said that “so far in 2022, we have received announcements of 19 new international routes, which is a reflection of the great moment that the reactivation of international tourism in our country is going through, thanks to the trust of airlines like Viva.”

Today the airline’s network of connections, thanks to the new international route and its 14 new routes in Colombia, reaches 44 domestic and 12 international routes, highlighting 23 beach destinations, through which the Company enhances its leadership as “Los Reyes de las Playas” promoting sustainable tourism and the economic reactivation of destinations highly demanded by its travelers, allowing them to fly with the “Super Low Cost” model, in which they pay only for what they need and mobilize with the best punctuality standards in the country.

The new route plans to transport more than 50,000 passengers during its first year of operations while enabling a reduction in market fares of up to 30%, known as the “Living Effect.”