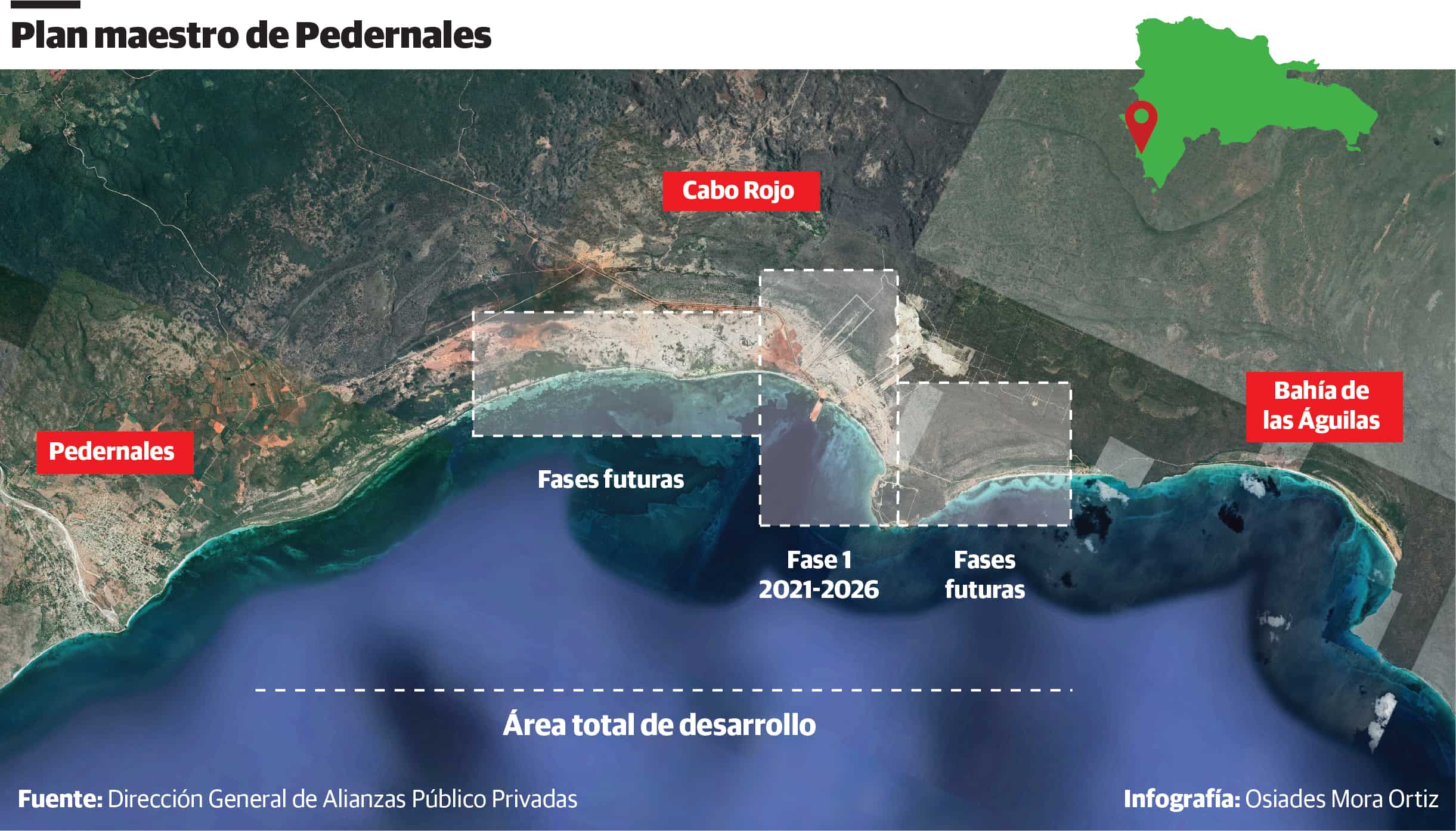 Santo Domingo.- Arisleidis is 32 years old, lives in Barahona, and decided to move her flower stall to the heart of Pedernales (northwest) for a specific reason: the development that this province, one of the most neglected in the Dominican Republic, is expected to receive, through the Cabo Rojo tourism project, a work of public and private capital that will be the spearhead to reformulate this entire border area.

“I came here because a friend told me that now was the time, that I should find my space, because later it will be late, when everything is already taken,” the woman tells Diario Libre, while serving a family of Mexican tourists. who ventured to visit this remote part of the country.

“And this has not started and the difference is already felt. I see more movement of foreigners and people from the capital,” says the young entrepreneur, a native of San Juan.

Arisleidis is referring to the Tourism Development Plan for Cabo Rojo, Pedernales, the most ambitious investment project of the Luis Abinader government, an idea that had been taking shape since before the president formally launched himself into politics and that, according to the minister of the Presidency, Lisandro Macarrulla, it is a regional vision and not only a provincial one.

The project is poised to spark “region tourism,” supported by the Enriquillo region’s vast natural attractions

This should be a Dominican town not like veron or friusa in Punta Cana that is full of Haitians, we are going to be checking up the updates and how is developing, we dont want haitians neighborhoods if you want it to be sustainable. Dont let invaders make houses and much less let haitians to live or work in those projects

Bro the whole country is flooded , you can nearly tell who’s Dominican right now , Sosua, punta Cana , Puerto plata, they’re every were expanding while Dominicans are getting on a boat to Puerto Rico I don’t understand

I have Nuthing against the Haitians , but the dr is to small think about it the Americans / Europeans come and invest big time , the Haitians come in want to start theyre own like small businesses were does it leave the Dominicans no we’re ! Dominicans are drinking more , seek less education , are over weight, a lot can’t even speak Spanish they’re official language correctly! , and let’s be fair is not just the Haitians , Cubans and a lot of different people are coming at a fast rate but haiti has been the biggest migrators for to long the Dominican Republic has mix racial people if you look at me you can tell am black , white , and Taino , majority of us are light skin nappy hair etc, small amount are white sum are black but rn you walk around and the people I see is a black majority, and that’s a problem not a racial problem but a migration issue we keep this up we will lose our identity completely and I will never want that at all .

Why is that such a good idea to you?

Lot’s of Americans now go there to leave and invest soon DR will not belong to the Dominicans if it’s not already started. The Chinese already taking over as well and the local won’t be able to afford the cost of living

Exactly my point , the Haitians are taking the local jobs , and the Americans are making the bigger investment, buying up our land etc , we’re does that leave the average working real Dominican??? No we’re puts them in a situation we’re they have to migrate to another country when they don’t have to at all.

You got a problem with Haitians

That Island belongs to my Lord and my Savior Jesus Christ. Without Him you have nothing. The Haitien people belong to Him. Do you? I am an American Missionary. FYI. Red or yellow Black and white they are precious in His sight!

That island belong to God, right, and the east side to the Dominicans. Lets be clear. People, don’t allow this government to steel what still belong to Dominicans.

U are one out of many ignorant person learn ur history

In 2014 we are working in Cabo Rojo con bauxit by company Dowemco, we use big floating crane “Skyline” , many people from Pedernales have job in this time. We want back to Cabo Rojo and do again this job, but goverment want make tourism in this area….. we see

Will be renting in Cabrera for one year. Have been there twice and love the area.
ROY O’BRYAN— USA,FLORIDA

How do I start my business in Dominica

Tbh starting a business in dr depends on what part of the island you live and what type of business. DR is a 3rd world country that lacks the government infrastructure to regulate most business so if you are looking to start a small to medium size business you just start it. I’ve had a business for over 5 years in dr and soon will be opening another. It isn’t like opening a business in a 1st world country.