JetBlue does not give up: increases offer to acquire Frontier 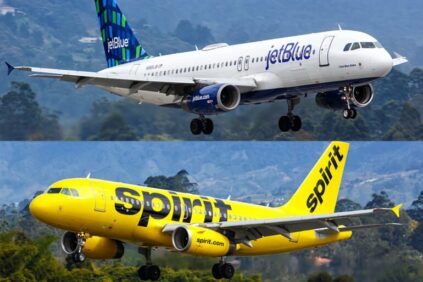 JetBlue has announced that it has “improved” its proposal to acquire low-cost airline Spirit Airlines.

The deal would be worth $33 a share, offering what JetBlue called “superior financial value and greater certainty” than a competing offer from low-cost carrier Frontier Airlines.

“By creating a national competitor to the Big Four airlines, this transaction would deliver significant benefits for customers, superior value for shareholders of both airlines, and new opportunities for our combined crew members,” said Robin Hayes, JetBlue’s chief executive officer.

“We are confident that we can complete this transaction to deliver more low fares and great service to more customers, a JetBlue-Spirit combination will deliver greater financial strength and accelerate revenue growth and profitability for JetBlue shareholders,” he said.

“Spirit shareholders would be better off with the certainty of our substantial cash premium, regulatory commitments and reverse breakout rate protection,” he added.

JetBlue claims that a combined JetBlue-Spirit airline “would create more compelling low-fare competition to challenge the Big Four,” which controls more than 80% of the US market.

Both airlines have expanded rapidly in the Caribbean in recent years, especially Spirit, which continues to add new routes throughout much of the region, primarily from cities like Fort Lauderdale and Orlando.

Goldman Sachs & Co. LLC acts as a financial advisor to JetBlue on the offering.

awwwww the greyhound’s of the sky