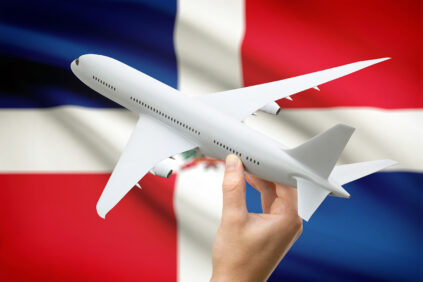 Airplane in hand with national flag on background - Dominican Republic

The director of the Dominican Institute of Civil Aviation ( IDAC ), Héctor Pórcella, stressed that the new protocol that will govern the operation of domestic flights would help make the Dominican Republic the main power of aviation tourism in the Caribbean.

“The new regulatory instrument, sponsored by President Luis Abinader and approved by the institutions with responsibility for the country’s air traffic, creates the conditions for the DR to compete advantageously for the large aviation tourism market, which annually moves between 45 thousand and 50 thousand planes throughout the Caribbean,” he declared.

He indicated that the sector institutions have created a work table and have agreed to define a protocol to encourage this vital tourist segment with high consumption power, attracting thousands of pilots from different parts of the world, especially from the United States. and Canada.

He said that to achieve said protocol, which makes it possible to eliminate the bureaucratic obstacles that hindered this activity, President Abinader played a key role as part of his commitment to “zero bureaucracy,” or at least the minimum necessary to guarantee operational security and compliance with the laws of the country.

Porcella recognized the efforts made by the director of the Airport Department, Víctor Pichardo, and the general commander of the Air Force of the Dominican Republic, Leonel Muñoz Noboa, to clear up bureaucratic difficulties and facilitate the implementation of the new protocol.

He explained that the Dominican air clubs had been involved in this task, which are the ones with the “know-how,” the knowledge of daily situations, and most of the complaints about the obstacles affecting this activity.

“It is good to remember that taking a plane, for example, at the La Isabela airport , to travel to Punta Cana, Puerto Plata, Barahona or Montecristi , is like taking a means of land transportation, only much faster and as safe as any other transportation,” he said.

He said that authorities and technicians from IDAC and other institutions in the aeronautical sector had attended international events such as the Lakeland fair and the Oshkosh fair, the largest air festival globally, to promote the country as a destination for private aviation.

I went to flying school in the capital once to check out the prices, 400+ thousand (pesos) a year for 7 years. Yeah i don’t think pilots are poor people or people from here in general, almost everyone was a international student.

I don’t even think i’ll be able to pay for it when i finish college.