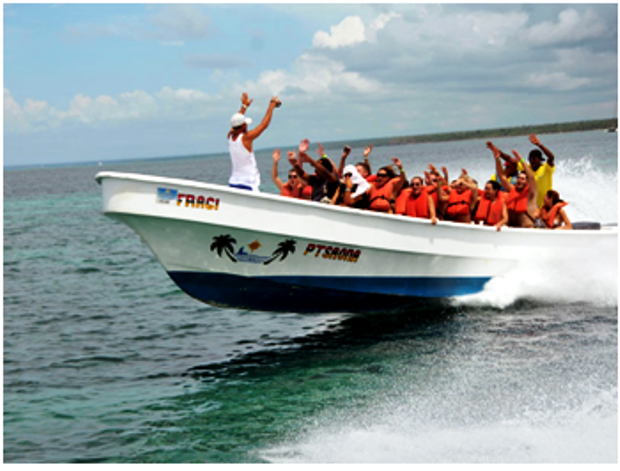 Bayahibe, Dominican Republic.- The Ministry of the Environment held a meeting this Thursday with several entities to receive a proposal that aims to improve safety in excursion operations in Bayahibe (southeast), La Romana province, as well as the preservation of natural resources.

“We have had a meeting where we have been given a proposal to improve the maritime tourist operation of the La Romana destination, which involves a series of aspects related to the traffic of tourist boats to Saona and to Catalina, from Bayahibe,” said the Minister of the Environment, Orlando Jorge.

The meeting also discussed “a series of situations, such as buoys to prevent accidents.” “We have committed to channeling the delivery of an ambulance to Bayahibe, and marine rescue teams, in terms of health; We will be working on this proposal, as well as defining the route that we will have for it,” said Jorge.

Likewise, initiatives such as up-to-date documentation, permits and security of each vessel were agreed upon; as well as the office carried out by the Navy, the tourism licenses, so that it is something inter-institutional, with representation from the Ministry of Environment and Natural Resources, the Ministry of Tourism, the Dominican Navy, the La Romana Cluster and Fundemar.