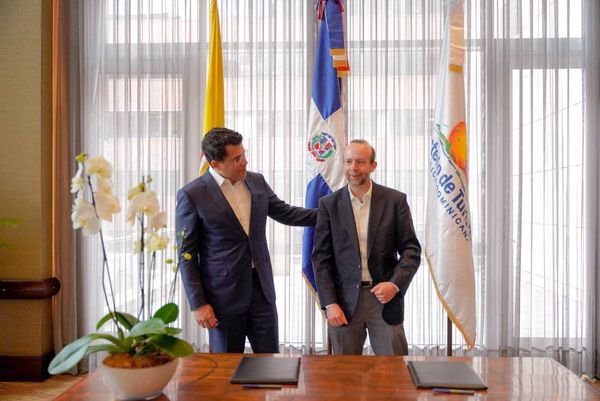 The Minister of Tourism, David Collado, held a meeting with Daniel Fajardo, vice president of Avianca’s Route Network, as part of his visit to Colombia, where he confirmed the participation of the Dominican Republic in the Anato fair, to be held from February 22 to 24, 2023.

“We held an important meeting with Daniel Fajardo, vice president of Avianca’s Route Network, who guaranteed us the opening of more routes from Colombia to the Dominican Republic, and from other Latin American countries to Punta Cana and Santo Domingo,” Collado indicated on his social networks.

He explained that Colombia became the third country of origin of tourists to the Dominican Republic in May.

The minister explained that he also held important meetings with Colombian tourism representatives, such as the tour operator Expertravellers, Wingo airline, Swa, and Maxitravel.

In addition, the head of Mitur announced an alliance with Lombana Ximena, Minister of Commerce, Industry, and Tourism of Colombia.