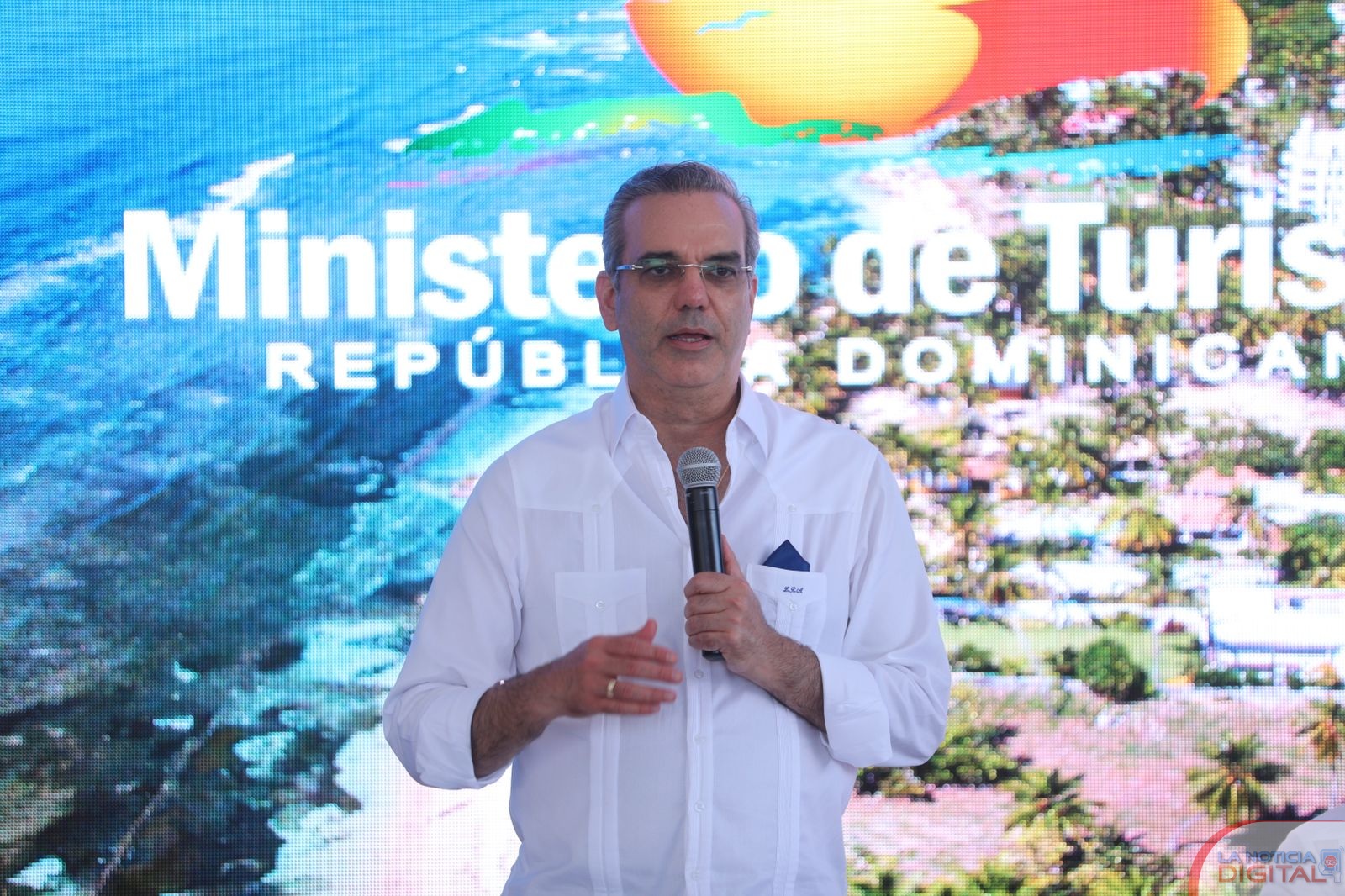 President Luis Abinader will travel this weekend to the Samaná, Puerto Plata, and Valverde provinces, where he will exhaust a work schedule that includes inaugurations of works, groundbreaking, meeting with neighborhood associations, delivery of Supérate cards, and lunch with young people.

He said that in the next few days, he would be offering more information on the details of the work, which he said, together with the Cabo Rojo cruise port, Pedernales, which will be ready next year, as well as other infrastructure projects that will contribute to continuing increasing the arrival of cruise passengers to the country.

Later, he will attend the PROPEEP event, at the Andrea De Peña School, in the María Luisa Sector, and the presentation of the Malecón Project, on the Samaná Malecón.

Later, he will lead the inaugurations of the Weighing Station in the Aguada sector and the Samaná Bay Hotel.

In the afternoon, he will give the groundbreaking for the construction of the Samaná City entrance and hold a lunch with 250 young entrepreneurs, professionals, athletes, civil society, and community members at the Samaná Sports Center.

The head of state will conclude his weekend schedule with the inauguration of the Limón Bridge and Streets and the Las Terrenas Polytechnic in the La Granja Sector.

Giving continuity to his agenda for the weekend, on Saturday, the president will inaugurate the infrastructure of the Puerto Plata Air Base at 10:30 in the morning.

Then, he will lead the delivery of 300 Get Over Yourself cards to fishermen at the Provincial Sports Center.

Likewise, he will attend the first act, You of the General Directorate of Strategic and Special Projects of the Presidency (PROPEEP), at the Concepción Gómez Matos School, Padre las Casas sector.

Also, he will lead the National Health Insurance (SENASA) act in front of the Puerto Plata Fortress, Montemar sector.

Later, he will give the groundbreaking for construction work on the Economic Canteens at the INESPRE premises. Later, he will participate in a lunch with 300 young entrepreneurs, professionals, athletes, civil society, and community members at the Iberostar Costa Dorada Hotel.

President Abinader’s schedule also includes the inauguration of the 911 Offices and the opening of the Exhibition “1961: the year of freedom.”

Later, he will preside over the opening ceremony of the Mercado San Felipe, on Calle 30 de Marzo, corner Professor Juan Bosch. In addition, she will attend the inauguration of the Long Night of the Museums in the San Felipe Fortress, coordinated by the Ministry of Culture.

The president will also lead the act of delivery of Housing in the El Javillar sector, coordinated by the Ministry of Housing and Buildings.

In the afternoon, President Abinader will be recognized by the Dominican Press and Tourism Association ( Adompretur ) at the Lifestyle Hotel.

The president’s agenda began this past Friday, 24, in Mao, Valverde, with the opening ceremony for constructing a Biodiesel Plant in Jaibón at 11:00 in the morning.

Later, he will hold a meeting/lunch with Neighborhood Councils at the Northwest Regional University Center CURNO/UASD.

The head of state will conclude his agenda on Friday in the Valverde province with the opening ceremony to construct the “Brisas del Atardecer” apartment project.