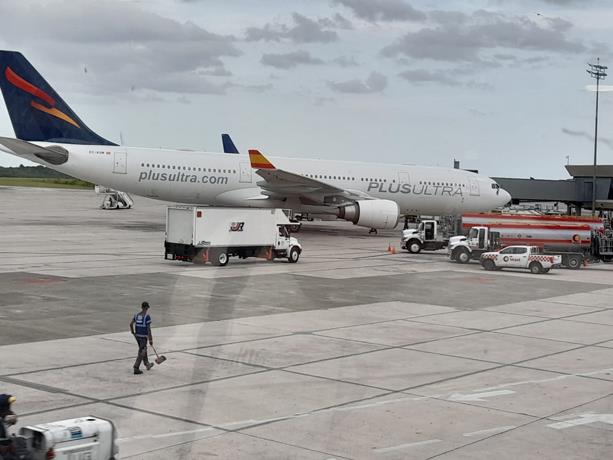 The Spanish airline Plus Ultra inaugurated a new route between Santo Domingo and Madrid to add more flights from the country to that European city this Friday.

According to Fernando García Manso, president of the company, the inauguration of this new route is a symptom of the gradual improvement in the economy as travel restrictions between countries are relaxed.

“We hope that the gradual return to normality will allow us to continue opening new routes and expanding existing ones to meet the growing demand of passengers and to continue fulfilling our business plans,” he said.

He specified that all passengers traveling on these new routes would enjoy high-quality services and greater comfort on board, such as various seats and menus.

Likewise, they will be able to choose between three classes with differentiated services after the recent announcement of the new Premier Economy class, which occupies an intermediate space between Executive and Economy.

Plus Ultra also announced last month the addition of three new aircraft to its fleet: the three Airbus 330/200 -in addition to the three Airbus 340 that the company already has- have the capacity for 299 passengers, 24 in Business and 275 in Economy).

The company’s six aircraft will be used interchangeably on the different routes it operates based on demand.

Likewise, Plus Ultra has just announced an agreement with AccesRail to jointly market its flights with AVE routes between Madrid and all the Renfe high-speed network destinations, giving passengers more facilities with a final destination anywhere in Spain.