Arajet, a great challenge for US airlines due to its low cost 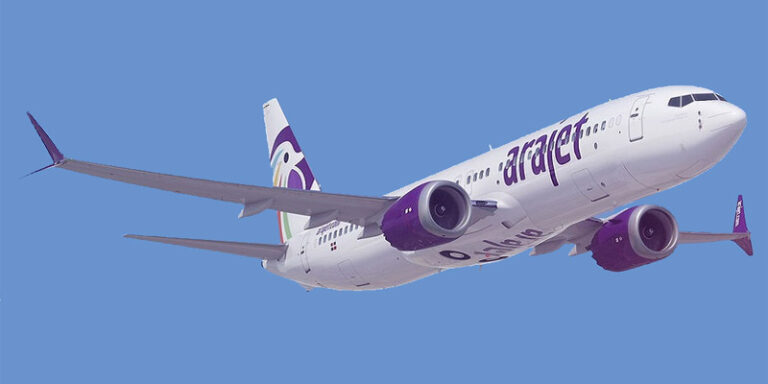 “With the new state-of-the-art Boeing 737 MAX aircraft that Arajet will use, when this competition enters the domestic market with these high levels of catchment and will have the capacity to move high passenger traffic, there is no doubt that it will be reflected in the low cost of fares.”

This was stated by the interim director of the Dominican Civil Aviation Institute (IDAC), Héctor Porcella, who said that the new operations would be a great challenge for the major U.S. airlines operating in the country, such as American Airlines, JetBlue, Delta, United Airlines and Spirit, which will have to adjust their business scheme.

The official explained that the investment made by Arajet is extremely substantial after pointing out that a single airplane that will operate will cost between 80 and 100 million dollars.

Porcella said that the airline projects that it will start its operation this August with five aircraft at the end of this year, and in the next five years, it will incorporate a fleet of 45 aircraft, according to Listín Diario.

“Gentlemen, we are talking about an investment of more than one billion dollars, only in airplanes, without including fuel and operational expenses and other economic items,” he said.

The head of the IDAC reminded that civil aviation goes hand in hand with the development of tourism, and in this aspect, the institution in its present management has offered all the facilities of bureaucratic procedures so that the new airlines can be certified in the shortest possible time.

More competition is welcome. Doing so in most cases will lower ticket prices and improve passenger perks from competing carriers wanting to hold on to their routes and passenger loads.

Its more than a bit of a stretch to think a fledgling airline with just four aircraft, and not 1 gate in Miami will have much of any noticeable impact on major U.S carriers such as American,Delta, and United. The presence of Arajet will most likely have have no positive impact on airfare between U.S. and D.R.
Frankly I don’t see a much of a success resulting from flights to and from countries that specialize in tourism. The exception being maybe Columbia and Venezuela . Why would folks from Costa Rica and Jamaica vacation in the DR…just my 2cents…for what its worth