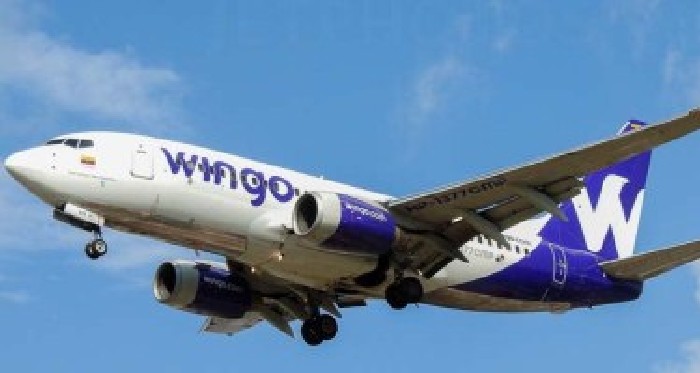 Wingo announced the launch of two new routes: Panama – Havana, and Panama – Santo Domingo, thus boosting the supply of flights between Central America and the Caribbean by being the only low-cost airline to offer both routes.

In addition, the airline contemplates in its expansion plan and its itinerary until May 2023 a 20% growth in its flight offer, which goes from March 30 to May 16, 2023, and includes 2,168 flights that mean a bid of 403 thousand seats.

The new flights are already available for sale since last Friday, August 5, 2022, offering 682 additional flights in the domestic market, represented by 17 thousand seats.

This figure is due to the launch of new routes within Colombia, such as the Bogotá-Armenia route, as well as the increase in capacity on domestic trunk routes such as Bogotá-Medellín and Bogotá-Cartagena.

On the other hand, Wingo will launch 1,486 new flights in the international market, totaling 276 thousand available seats, representing a 31% increase in global travel possibilities.

This increase is based on the launch of new international routes such as Medellín – Aruba, and Medellín – Havana, as well as a series of capacity increases on routes connecting Bogotá with Panama and San José, Costa Rica, as well as Santo Domingo and Punta Cana in the Dominican Republic. In addition, frequency increases were also made from Medellín to Santo Domingo and Panama.

“Now our itinerary is available until May 2023; an itinerary with more and more alternatives for those travelers who enjoy the Wingo experience and prefer a Buena Onda alternative, on time and at low fares. This network expansion is evidence of the airline’s growth, since today we offer 193% of the seats we had published prior to the pandemic, which ratifies the relevance, convenience and preference of the low-cost model,” said Jorge Jiménez, Wingo’s Commercial and Planning Director.

In this sense, Wingo reiterates the good moment of recovery that the Colombian airline industry is going through, which shows increasing demand for travelers, both domestically and internationally. As a result, the airline expects to close in 2022 with 2.5 million passengers transported and an operating fleet of nine aircraft.