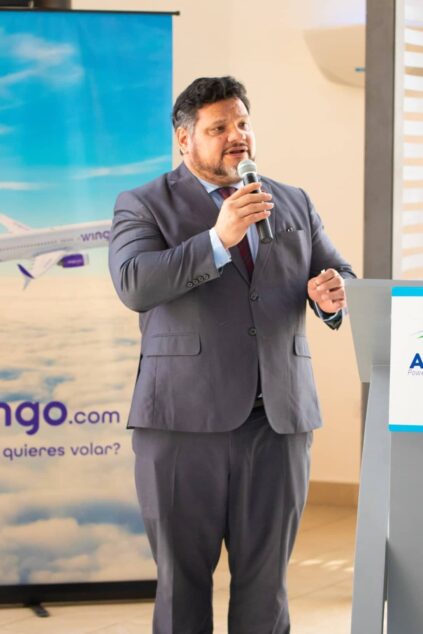 The Panamanian ambassador to the Dominican Republic, Pablo Pérez Campos, informed that both nations are working on tools to make visas more flexible in order to increase interest and reciprocity in tourism.

He indicated that his country currently has a regular visa process and recently launched the shopping tourism visa that encourages trade between Dominicans and citizens of other nations.

“Currently we have a normal visa that the application and delivery process takes about a month and sometimes even more; now we have a new shopping tourism visa where the person basically only has to prove that he/she has more than US$1,500 (in the bank or in Panamanian pesos) and makes the application, and in a week it is approved,” he explained.

He explained that this is why the authorities have felt that the facility, in addition to shopping tourism, can be made for people who apply for visas only for tourism.

“At the intergovernmental level, the issue of making a tourism card where the person makes the application at the consulate or through authorized travel agencies is being discussed, as is done with the shopping tourism visa, so that the process is done in a shorter time,” he said.

He pointed out that people with US and Schengen visas could travel to Panama without problems, as long as they have more than six months in force.

The ambassador was emphatic on the subject since, with the new air route between Santo Domingo and Panama operated by Wingo, an increase in visitors to Panama is expected. Subsequently, Panamanians “with the airline’s low prices” are expected to increase their tourism in the DR.

He added that “with the referred prices, competitive in the market, the arrival of Panamanian citizens will increase because they like the DR, but most of them found it very difficult to acquire a plane ticket plus lodging, but now with the cost offered by Wingo I believe that tourism will be more incentivized since there are internal flights that are more expensive than those offered by the airline.”

“For the referred trips that start next month, I recommend that if you do not have a visa to enter the United States or the European Union, you should apply for a Panama visa, either through the consulate or through the agencies that have been incorporated to the visa program,” he stressed.