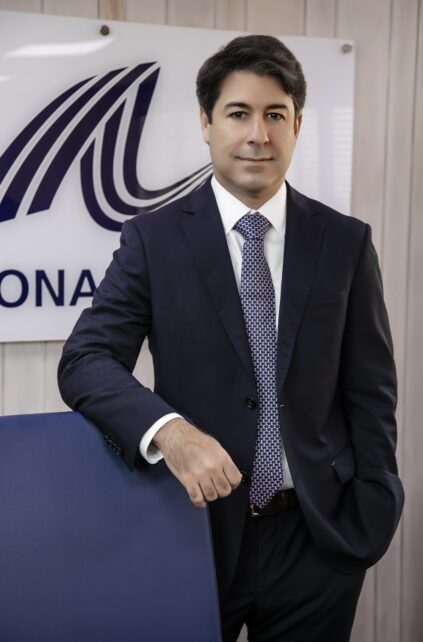 The president of the Association of Hotels and Tourism of the Dominican Republic (Asonahores), Rafael Blanco Tejeda, affirmed that investment flows in the tourism sector maintained continuous increases during the coronavirus pandemic and is expected to obtain a historical record of foreign investment in this sector of the national economy by 2022.

The businessman attributed the success to implementing a well-thought-out, dynamic, and cohesive tourism strategy between the public and private sectors. “The positioning we achieved with handling the pandemic made us stand out worldwide, but from there, what we have done is to reinforce the entire tourism strategy,” he added.

He stated that the tourism sector achieved a “formidable” and accelerated recovery that surpasses other countries in the Region, despite the effects of the coronavirus pandemic and the war between Russia and Ukraine, according to Despierta con CDN.

“We went through a formidable recovery process, really a process that highlighted us in international markets and was recognized by the World Tourism Organization, granting us recognition as the country that recovered tourism the fastest,” he said.

He stated that at present, more than recovery, we are living in moments of growth in the tourism sector due to the fact that “month after month we are breaking the records of arrivals” that we had in the pre-pandemic times.

The new record of tourists received
He gave an example that in September, the country received 431,000 foreign tourists, breaking the historical record we have to date. He recalled that 2018 and 2019 were, up to that time, the best years for national tourism, with a total of 365,000 foreign tourists arriving in the Dominican Republic.

In that sense, he maintained that the Dominican Republic has positioned itself in a privileged way in the international market and pointed out that they are interested in improving the figures of foreign investments and tourists coming to the country.

On the other hand, Blanco Tejeda cited that for the first time, the Public-Private Marketing Committee was formed after analyzing jointly with the Ministry of Tourism (Mitur), month after month, the markets that should be improved or replaced by others that present more excellent or better opportunities.

He explained that to solve this problem, the Marketing Committee decided to redirect the efforts toward other markets that presented an opportunity. He said that out of some 230 thousand tourists arriving from France in the pre-pandemic periods, so far in 2022, more than 180 thousand French tourists have been received, and they expect to exceed 300 thousand by the end of the year.

Strengthening markets
He indicated that the Dominican Republic is also strengthening the North American, Canadian, and Colombian markets, which, he said, have had remarkable growth. He pointed out that the country maintains a dynamic tourism strategy that day after day, they focus on and vary according to what they see that works in the market.

On the other hand, he highlighted the creation of the Tourism Cabinet, which he said is one of the most critical measures President Luis Abinader in terms of tourism because the president himself directed it. The Minister of Tourism manages it.

He considered that the Dominican Republic is in the best moment of the tourism industry in its history and that it only needs to grow in quality and diversification and take tourism to every corner of the national territory.

All-inclusive hotels
When asked about the advantages and disadvantages of the modality of “all inclusive hotels,” he said that they decided to resort to this modality because they saw a business opportunity representing multiple facilities for tourists coming to the Dominican Republic.

All-inclusive is a type of hotel reservation by which the guest can enjoy all the hotel’s services for a fixed price.

However, he said that one of the criticisms of this type of business is that tourists do not like to leave the hotels. However, he denied this problem and stated that the country still faces the challenge of creating the conditions for tourists to want to go out and to have the products and services so that tourists have something to do outside the hotels.

In this sense, he said that one of the strategies being implemented by the Ministry of Tourism is to readapt public beaches and communities. “We have to have security, stores, handicrafts and quality excursions. To the extent that we have the products and services, tourists come out,” he added.